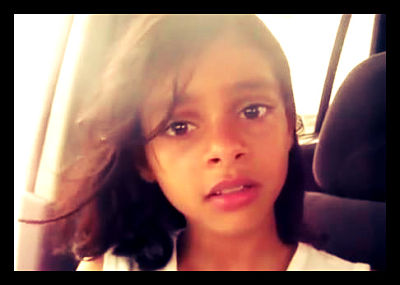 In Yemen, the custom of early marriage just met a vocal challenger.

Going viral last week was a video of 11-year-old Nada al-Ahdal ranting about her parents’ decision to forcibly marry her off to a much older man. “What have the children done wrong? Why do you marry them off like that?” she asks the camera. Her powerful words have touched a delicate nerve amongst Yemenis, some of whom have upheld and continue to practice the custom of early marriange for generations. According to a 2006 joint report by the Ministry of Public Health and Population, the Pan-Arab Project for Family Health and UNICEF, this tradition is still widely practiced: 52% of Yemeni women and girls are married by the time they turn 18.

The recent video highlights Yemen’s history of early marriage laws and the government’s and society’s unwillingness to modernize conceptions of marriage. In 1994, the official age for lawful marriage stood at 15. Five years later, the law was abolished on religious grounds, eliminating a minimum age for early marriage. A brief legislative effort in 2009 to amend the situation was ultimately stalled and aborted, despite that fact that Yemen is party to multiple international treaties that require married couples to be at least 18 years old. Overall, the issue remains to be addressed, leaving countless children susceptible to premature marriage and the social and economic disadvantages that come with it.

Interviews with Yemeni girls and women reveal troubling facts. In rural areas, some girls were married off at the age of 8. Once married, women often have little power in their marriages which can also mean they have limited control over the timing and spacing of children, which increases the risk of reproductive health problems. Early marriage also diminishes the chance that wives will return to school to complete their education, putting them at a distinct social and economic disadvantage. Verbal and physical abuse against women is also prevalent in early marriages in Yemen.

In some ways, Nada al-Ahdal’s words do not just refute the practice of robbing girls of their childhood and sexual purity; they also underline the crucial “cycle of poverty and early marriage” that plagues tens of millions of women around the world. Poverty and early marriage tend to be mutually reinforcing phenomena: girls born into poverty are more likely to have mothers who ‘transmit intergenerational poverty’ and lack social assets and networks. In addition, early marriages greatly increase the chance that young girls will live in poverty. The cycle, parallel to the strong customary tradition of early marriage most prevalent in rural areas, reinforces young women’s roles as undereducated child-bearers with limited social networks.

Nada al-Ahdal eloquently defends her decision to flee from arranged marriage. But behind her words lies Yemen’s ugly reality of women’s disempowerment and its central role in the country’s greater puzzle of poverty reduction and economic growth. As one of the poorest nations on earth and a hotbed of terrorist activity, poverty in Yemen has resulted in a globally destabilizing situation. Instituting a minimum age for marriage could be a key policy for addressing women’s inequality and poverty. In doing so, Yemen would have a more solid foundation for development and more human capital to support its economy.