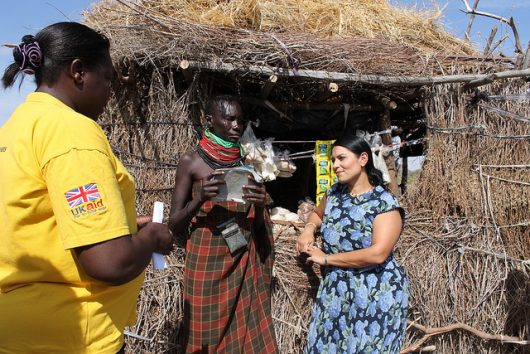 Economic inequality is an issue that has existed for years around the world, especially in developing countries. Sometimes dubbed “global capitalism,” this inequality can be argued to have, in turn, created social classes that have ultimately influenced women in poverty around the world.

Such women often find themselves in situations of informalization, flexibilization and feminization as capitalism causes a high discrepancy between earning wages and living affordability in certain countries. Developed countries could arguably do more to help those in developing countries so that women in poverty do not find themselves relying on the informal sphere to survive and make a living.

Any economic activity that isn’t regulated, legal or outside of the formal sphere is considered work in the informal economy. This work usually isn’t ideal as it is not monitored, regulated or taxed by the government; it is considered a labor activity lacking authority where cash is barely exchanged. This work ranges from household child- and elder-care, to domestic labor and community projects, which are often seen as examples of “invisible” informal work.

Interestingly, it can be irregular activities where payment is expected that legal regulation is difficult to enforce. These activities can range from street vending, petty trade, home-based industries, sex work, drug dealing and arms trade — most of which are seen as illegal informal work. Since it’s usually dangerous or precarious work, these scenarios lack major benefits to the employee other than an income. Women working in this sphere lack protection, labor laws or even social benefits. In fact, they often work in unsafe working conditions with risk of sexual harassment.

This type of work environment also has long-term effects on women — if workers don’t have pensions globally, many find themselves in situations of poverty in their old-age as well; in other words, this system creates a never-ending cycle for women in poverty. In fact, “today researchers estimate that informal activities constitute more than one-half of all economic outputs, and equal 75 percent of the GDP of some countries.” According to U.N. Women, 95 percent of women in South Asia, 89 percent of Sub Saharan Africa and 59 percent of women in Latin America and the Caribbean work in the informal sphere.

How Does Informalization Lead to Flexibilization and Feminization?

Flexibilization and feminization are sources of inequality that derive from informalization. Flexibilization is usually non-permanent or part-time work that ends up feminizing the workforce. People in these situations tend to be women, which is where feminization comes into play.

These minimum wage jobs require docile but reliable workers who are available for part-time/temporary work and willing to labor for low wages. Although women generally aren’t most of these qualifications, gender stereotypes depict women as perfect candidates for these informal jobs, especially in developing countries.

How Can the Women in Poverty be Alleviated From These Situations?

When women in poverty aren’t getting paid enough for their labor, they aren’t able to support themselves and their families. Consequently, these women then need to get second jobs or find themselves in situations of informalization, flexibilization and feminization. Thankfully, many are finding ways to help women out of these jobs through news outlets, organizations or simply word of mouth.

Often, developed countries are viewed as not doing enough to help developing countries. Increases in the wealth gap lead to an increase of women in these precarious jobs. Therefore, organizations like the U.N. Women, Me to We, The Borgen Project and numerous others try to address this inequality and help women around the world.

U.N. Women started a project towards this goal that trains women and families to become entrepreneurs by creating their own businesses. This is an example of just one organization and project working towards improving the lives of women in poverty working in the informal sphere.