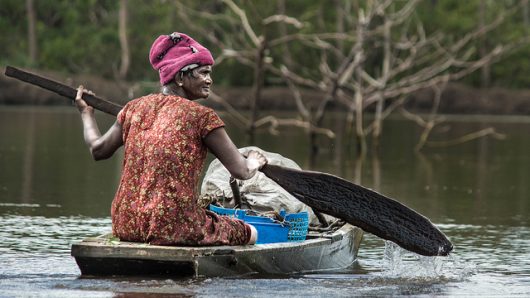 Poverty in Sri Lanka has seen a decline from 22.7 percent in 2002 to 6.1 percent in 2012-13. However, the Northern and Eastern provinces of the country have not yet experienced much change. The places most affected by poverty are Mullaitivu at 28.8 percent, Mannar at 20.1 percent and Batticaloa district at 19.4 percent.

The Role of Millennium Challenge Corporation

Like in many developing countries, poverty in Sri Lanka has been declining, but the pace of decline has been very slow and irregular. One of the primary ways in which the government tries to reduce poverty is by focusing on achieving the Sustainable Development Goals (SDGs) and improving job opportunities for people.

The process of selecting the country eligible for a compact, large-scale five-year plan is done based on a 20 point criteria laid down by the organization. Only countries that practice good governance, work towards the welfare of the citizens and fulfill at least a minimum number of those set criteria are eligible to receive grants. MCC assists such countries in the development of various sectors like transportation, education, housing and so on.

The focus of MCC is to enable developing countries to achieve the SDGs and thereby reduce poverty. The organization started operating in 2004 and has so far signed compacts with 29 countries around the world.

In December 2016, the organization selected Sri Lanka to receive foreign aid after noting that the country passed 13 out of the 20 indicators on MCC’s policy scorecard. In June 2018, MCC advanced its partnership with Sri Lanka confirming its unswerving support in helping the country prosper and flourish. Caroline Nguyen, the Managing Director of MCC for Europe, Asia, Pacific, and Latin America visited the country from June 11th to 13th to finalize the proposed MCC compact which aims to reduce poverty in Sri Lanka.

MCC’s focus is on investing in land and transport projects of the government of Sri Lanka. The proposed compact aims to systematize the interregional movement of goods and people, regulate traffic congestions and help develop a more organized land administration.

MD Nguyen signed an agreement with the U.S. Embassy Deputy Chief of Mission, Robert Hilton, at the Ministry of Finance granting $2.6 million as financial aid for the same. This is in addition to the $7.4 million which was granted in July last year. Nguyen told The Sunday Leader “We are pleased to partner with Sri Lanka on a program that will reduce poverty through economic growth and improve lives in the country.”

Robert Hilton, the Deputy Chief of Mission, told the Asian Tribune, “the Millennium Challenge Corporation compact is an important part of the U.S. government’s commitment to work as partners with the people of Sri Lanka to support sustainable development throughout the country.”

The finalized MCC compact will be presented to the MCC’s Board of Directors for approval by late 2018. The organization assures it will fund the compact entirely through grants (which do not need to be repaid) rather than loans — a sustainable start to a bright future.

How is Congress Fighting Neglected Tropical Diseases? Women in Poverty Working in the Informal Sphere
Scroll to top