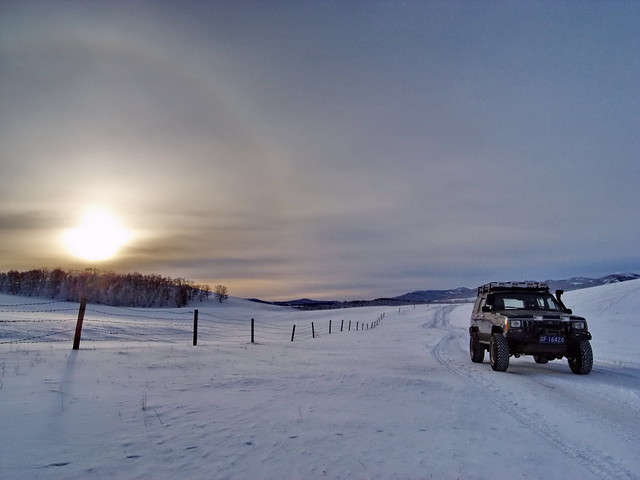 Mongolia, a mountainous country that borders both Russia and China, is infamous for its harsh, dry winters. Severe winters are particularly dangerous for the 40 percent of the population that survive by herding animals. Traditionally, Mongolian herders depend on their herds for everything; they eat the animals’ meat and drink their milk, burn the waste for warmth and sell and trade skins.

The particularly deadly combination of summer droughts and freezing winters in Mongolia is so notorious that it has a name: dzud. This is the term used to describe the phenomenon in which dry summers prevent animals from obtaining the necessary protective fat to survive the extreme temperatures of the winter, and hundreds of thousands die, plunging many herders into poverty. As of 2016, the poverty rate in Mongolia was almost 30 percent and has increased disproportionately in rural areas. The percentage of rural residents living below the poverty line in 2016 was 49 percent, compared to 33 percent in cities.

There are several different types of dzud, classified by herders depending on weather patterns. Black dzud is characterized by long periods of drought, and a white dzud involves heavy snow that obstructs normal grazing patterns. Iron dzud entails a winter with a period of thawing and refreezing which encases pastures in ice, and a cold dzud causes animals to burn through their stores of fat prematurely.

Dzud has historically been a fact of life for Mongolian herders, generally occurring once or twice each decade, but evidence suggests that the natural disaster is becoming more frequent in recent years due to changing weather patterns. Mongolia experienced three dzuds at the turn of the 21st century and another in 2010, which killed 22 percent of all livestock in the country. Most recently, 2018’s dzud killed over 700,000 livestock. Experts have linked these severe droughts to the increasing frequency of deadly dzuds and predict worse and more frequent dzuds in the coming years.

For herders, this prediction is highly unsettling. Many have given up their ancestral pastoral lifestyles and moved to urban areas in search of more stable work. Oyutan Gonchig moved to Mongolia’s capital city, Ulaanbaatar, after the dzud of 2000 killed his herd. He says many of his friends and neighbors have also moved due to similar losses, and he questions whether herding animals is even sustainable anymore.

Increasing urbanization in Mongolia has contributed to other issues. Ulaanbaatar has grown by 70 percent in the past two decades and is now home to around 40 percent of Mongolia’s residents. Those in the city’s slums, called ger, often have to deal with a lack of sanitation, water, electricity and heat, making life in the city difficult for many. The ger house around 60 percent of the city’s residents.

Other former farmers and herders are looking to the mines for financial stability. The nation is endowed with large quantities of natural resources like coal, copper and gold. Many Mongolians have migrated to provinces with rich mineral deposits to work in the mines or as truck drivers ferrying resources across state borders to buyers in China. Mining accounts for 90 percent of Mongolia’s exports, so the industry is lucrative. However, heavy traffic and collisions spell danger for the more than 12,000 drivers working the Sino-Mongolian border. 51 truck drivers were killed on the road from 2015-2018.

Dzud has caused widespread poverty and instability in Mongolia, resulting in hunger and malnourishment, but several nonprofit organizations are working to combat the detrimental impact of winters in Mongolia. Mercy Corps has been working on the ground in Mongolia since 1999, providing veterinary materials and services, strategic agricultural training and weather prediction services to help herders through dzud. Mercy Corps also encourages small businesses and entrepreneurs who have begun tapping into Mongolia’s budding tourism industry.

Despite these efforts, dzud is still contributing to rising rural poverty rates and the urbanization of Mongolia. A more serious, coalition-style response must be implemented to establish long-term solutions and poverty relief for Mongolian citizens and the animals so many depend on for survival.