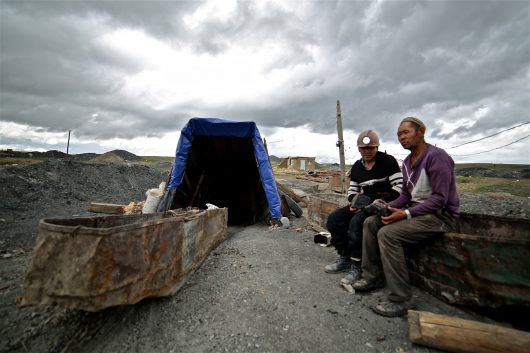 Between one third and one half of Mongolia’s population currently lives in poverty. Since the nation ended their Soviet-style communist regime in 1990, many impoverished Mongolians have been wondering why the advantages of capitalism have not yet reached them. After nearly three decades of reform, why is Mongolia poor?

Since the turn of the 21st century, Mongolia has fostered great development. Income and school enrollment have risen, while sanitary concerns and maternal and child mortality have declined. However, the nation’s success has not been equal in all areas and has not had the desired impact on alleviating poverty.

Why is Mongolia Poor? Investments and Inequality

While economic growth is necessary for human development, human development is not necessary for economic growth. Between 2009 and 2013, Mongolia’s GDP rapidly increased by $8 billion – primarily a result of foreign investment in the country’s natural resources. Despite this flow of capital, there has not been a satisfactory increase in more and better job opportunities; thus, impoverished families are not able to lift themselves out of poverty and share in the new wealth.

Not only are not enough jobs being created, but most lower-class Mongolians are unqualified or under-educated for the advantageous jobs that are present. Furthermore, adequate job opportunities are not present where poor Mongolians live, so they must resort to low-productivity work that only provides enough income to sustain their livelihoods rather than improve them. In turn, the nation’s wealthy get richer while the impoverished remain poor.

Since 2013, Mongolia’s economic growth has slowed, with its GDP dropping over $1 billion in three years. The economic slowdown, while not drastic, raises concern for the country’s most vulnerable and how the downturn will affect them, considering the previous upturn was not doing much to help them.

To answer and address the question of why Mongolia is poor, the nation must focus on equal and quality access to jobs and education. Fortunately, Mongolia has the tools to succeed and is currently implementing strategies such as the National Plan of Action for Decent Work and the National Employment Promotion Programme. Investing in education will also be crucial for increasing the population’s employability and potential for the generations to come.

Mongolia’s rapid development is worth celebrating, but to ensure the nation’s long term success the country must work toward closing the gap between the rich and the poor and evenly dispersing their development. Only when the entire population has the capability to succeed will Mongolia reach its full economic potential.