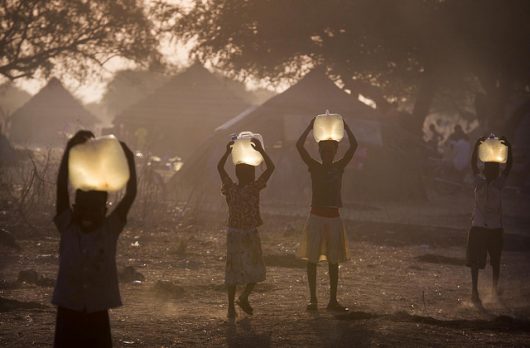 In the midst of the Sahara Desert, Sudan is one of the poorest countries in the world. South Sudan became the world’s newest economy in July 2011 after a referendum of self-determination which took place in January 2011. Poverty in South Sudan is more widespread as this area is affected by drought, conflict and famine. According to the Human Development Index, Sudan ranks 147 out of 177 countries. Why is Sudan poor?

According to the Human Development Index of 2000, 26.6 percent of the population will likely not live past the age of 40. Serious illnesses among children, caused by malnutrition and dehydration, cannot be treated because of limited medical supplies, facilities and ill-equipped services. As a result, half of Sudan’s children are not in school.

Hard climate conditions and lack of natural resources contribute to poverty in Sudan. The internal conflict and political instability have intensified the poor conditions. The civil unrest has cost the lives of about 1.5 million people.

Why is Sudan poor? Subsistence agriculture is the main source of livelihood, which includes crop cultivation, herding and fishing. However, food is scarce, increasing poverty in Sudan. The limited size of landholdings, low productivity rates and inability to increase incomes prevent farmers from food production. Poor rainfall and lack of domestic water supplies are other hindrances for crop cultivation. To avoid these conditions, people have fled from Sudan to the Nile river.

Isolation is one of the key factors of poverty in Sudan. People settling away from the main thoroughfares have no access to services and markets, making them vulnerable. Government corruption creates imbalances in the distribution of resources; a large part of the economy is spent on military security apparatus. This fiscal policy is another important consideration in answering the question ‘why is Sudan poor?’

To fight poverty in Sudan, the World Bank agreed to provide $100 million in order to establish development projects in Sudan until 2019. Sudan’s state minister predicted that the economy of Sudan would grow by only 0.2 percent per year.