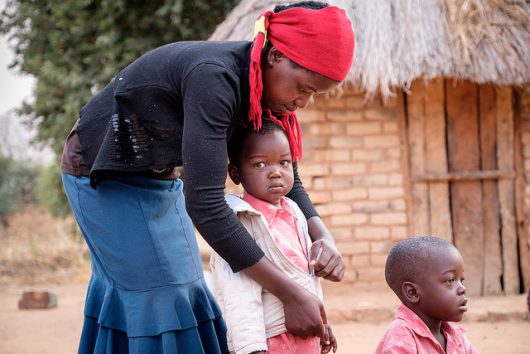 South Africa has one of the highest rates of tuberculosis (TB) in the world. The disease has continued to be the leading cause of death since 1997. Responsible for around 38,000 deaths annually, it remains one of the most common diseases in South Africa, especially in poorer areas where people are not properly vaccinated, cannot afford medical care and do not have access to decent healthcare services.

Tuberculosis is easily spread through the air, and those with a compromised immune system, such as those with HIV/AIDS, are especially susceptible. This puts a large portion of the population at heightened risk as an estimated seven million South Africans have HIV.

A tuberculosis vaccine is available but is usually only for children or young adults at risk. For those who have the disease, a strict antibiotic routine for a minimum of six months is necessary to completely eradicate the bacteria. If the treatment is not followed correctly or completed in full, then the bacteria may become resistant to the drug and even more difficult to treat. It is necessary to educate patients on the importance of finishing treatment and to limit the spread of the disease.

In a recently published study conducted by Dr. Nazir Ismail, the head of the Centre for Tuberculosis at the National Institute of Communicable Diseases, results showed that TB has been on the decline. During the last three years of the 12-year period, the number of new TB cases had dropped between four to six percent annually.

Influenza and pneumonia are other common diseases in South Africa. Together these diseases account for around 22,000 deaths each year, the second highest cause of death in South Africa. Influenza, also known as the flu, is highly contagious from person to person and is a common cause of pneumonia. People infected with HIV are also far more likely to develop pneumonia when they contract influenza.

There are vaccines available for both influenza and some types of pneumonia that are not completely protective. Flu vaccinations change seasonally. Pneumonia vaccines are necessary only once or with a booster. Actual treatment depends on the variation and severity of the disease. Rest and fluids may be enough, but some cases may require antibiotics.

Statistics show that heart disease is a leading cause of death amongst the middle and upper-class populations in South Africa. Gastric diseases, such as diarrhea, cholera and others caused by contaminated water, are more common among impoverished populations.

Even though the death rate from these common diseases in South Africa seems high, the overall mortality rate is decreasing. The country seeks to lower the rate even further through better medical care and treatment of these diseases.

Why Is Sudan Poor? Cost of Living in the Dominican Republic
Scroll to top