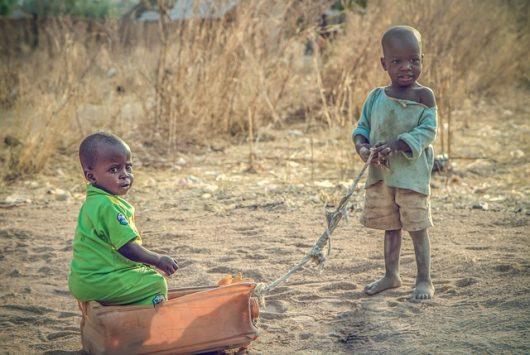 Nigeria is poor. OXFAM, an international NGO, released an index this July that listed 152 nations from best to worst in terms of efforts to end economic inequality; Nigeria was named at the bottom of that list.

Nigeria is overflowing with oil wealth. It is the sixth-largest exporter of petroleum in the world. However, almost 100 million out of 180 million are living in poverty. Wealth is so concentrated among the rich in Nigeria that the top five richest people own enough capital to completely end extreme poverty in their country.

So why is Nigeria poor? There are several factors. Firstly, as indicated by OXFAM’s index, the country’s government and economic elite have shown little effort to end poverty. Education and health spending make up a dismal five and three percent of the national budget, respectively, despite the government’s oil revenue.

Years of poor funding and neglect have caused illiteracy rates to be as high as 66 percent. Moreover, according to UNICEF, more than 10 million children are out of school in the country.

The public healthcare system in Nigeria is unable to cover the Nigerian populace. In Nigeria, 3,000 women and children die each day because they lack access to basic healthcare. The infant and under five mortality rates remain especially high. HIV/AIDS, in particular, is a major problem, with a prevalence of 4.4 percent; approximately 2.9 million Nigerians live with the virus. The virus has already increased the orphan population in the country to seven million.

Labor laws in Nigeria are largely ineffective. The country’s minimum wage is extremely low and there is a significant gender wage gap. Nigeria was ranked as one of the worst in Oxfam DFI’s Global Gender Gap Report. The average female Nigerian worker makes $3,000 less annually than her male counterpart.

Finally, according to Ventures Africa, Nigeria’s taxation system benefits the rich and burdens the middle class. Arbitrary and multiple taxes on the use of commodities like radios and TVs hurt not only the middle class but also small businesses. Meanwhile, big business and wealthy individuals benefit from tax waivers and concessions. A 2014 report cited in Newsweek found that $2.5 billion was given out in tax breaks for the rich between 2011 and 2013.

All these factors intensify in the northern part of the country, where the poverty rate ranges from 76 to 86 percent. Why is Nigeria poor? Economic inequality, poor healthcare and lack of access to education have all contributed. For economic inequality to no longer be a problem, the world needs to step forward to improve health, economic conditions and education in the country. The people of Nigeria are poor, but we have the means to improve their lives.