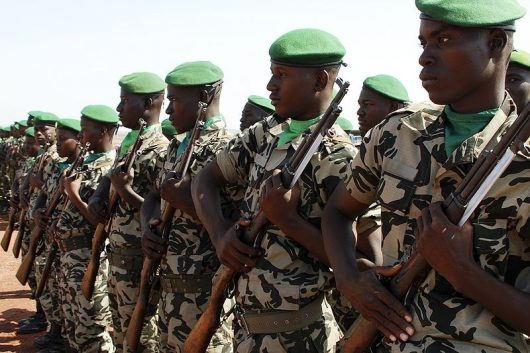 A military coup has worsened Mali’s national security, amplifying the impact climate change has had on the country and its people. Conflict erupted in northern Mali in 2012. The violence of the proceeding five years has since destroyed the nation’s land, diminishing the abilities local farmers have to grow vegetation.

Since 2012, Mali has witnessed a wave of poor harvests, pushing a food crisis upon the country. Hostile physical and environmental circumstances have forced about 475,000 people from their homes to neighboring countries, and those who remain in Mali face food shortages and security threats. With 25 percent of families moderately to severely food insecure, the United Nations Food and Agriculture Organisation (UNFAO) estimates that 270,000 people face starvation.

Two thirds of Mali is a desert or semi-desert that experiences long yearly periods of drought. Furthermore, the Sahara Desert is expanding southward at a rate of 48 km per year. Climate change has significantly decreased the amount of rainfall, dropping by 30 percent since 1998. Consequently, Mali is also suffering from water scarcity. Only three-fifths of Malians have access to safe drinking water and only about one-third have proper sanitation.

The water shortage has weakened Mali’s agricultural activities, taking an immense toll on its citizens. Agriculture employs 90 percent of the country’s rural population and 70 per cent of Mali’s entire labor force. Cotton, gold and livestock make up 80 to 90 percent of total export earnings.

The World Food Programme (WFP) has been working on generating food security, particularly between harvests. The organization built a total of 3,966 environmental assets such as ponds, dams, and canals to help alleviate Mali’s lack of water. Technical and economic assistance have been provided for local farmers, broadening Mali’s market and strengthening the agricultural sector.  WFP has also begun providing nutrition support for pregnant women, nursing mothers, underweight children and children under five suffering from chronic and moderate-to-acute malnutrition. Further assistance from organizations like WFP is necessary to lift Mali‘s people from the harsh grips of military conflict and climate change.

Why Is Mongolia Poor? Alleviation of Global Poverty a Benefit of Tourism
Scroll to top