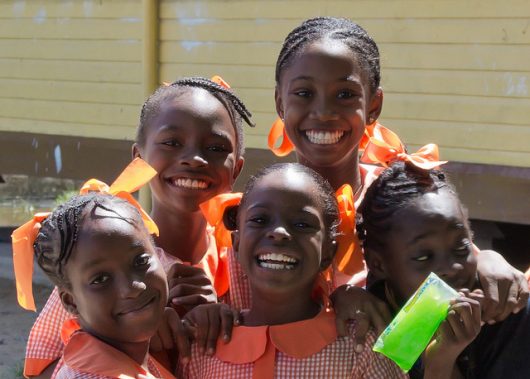 With a population of 758,000, Guyana is the third smallest country in South America. It is at once considered a middle-income country and the third poorest in the Western Hemisphere. So why is Guyana poor?

Guyana has been ruled by the Dutch, the French and the British. It became an official British colony in 1831 and won its independence in 1966. Since then, the country has faced tensions between its African and Indian populations. These cultural divisions have caused political instability and corruption.

In 2015, former army general David Granger won elections and ended the rule of the Indian-dominated People’s Progressive Party. Granger’s goal has been to end corruption and racial divisions. He formed a multi-ethnic coalition, Afro-Guyanese Partnership for National Unity and the Alliance for Change.

Guyana has one of the lowest deforestation rates in the world. Tropical rainforests cover over 80 percent of Guyana, and its agricultural lands are fertile.

Guyana’s economy has shifted between strong periods of growth and impending disaster. In 1982 Guyana nearly faced an economic collapse. The country then saw some recovery from IMF-backed economic reforms. Guyana has since privatized many state-owned industries, which has led to new investments and more jobs.

Guyana’s economy was thriving during the mid-1990’s, growing at an annual rate of more than six percent. In 1998, economic growth stalled due to drought, falling commodity prices and political uncertainty. Growth was halted until 2005 and then increased until 2008 when world demand collapsed. Starting in 2009, the economy showed signs of growth at an annual rate between 3 and 5.5 percent.

The most recent poverty survey in Guyana was in 2006. The survey revealed that 36 percent of its people live in poverty and that 18 percent live in extreme poverty. The per capita income in 2015 was $4,090. Guyana’s currency is the Guyanese dollar. The exchange rate equals 206.55 Guyanese dollars for one U.S. dollar.

Children and indigenous people are the most likely to experience poverty. In 2006, UNICEF reported that 47.5 percent of children under the age of 16 in Guyana were living in poverty. Young adults between ages 16-25 are the second most affected, with a poverty rate of 33.7 percent.

Why is Guyana Poor?

The poverty rate in Guyana is a case of contradictions.

Guyana has a growing economy and an abundance of natural resources. While this seems to suggest prosperity and jobs, the youth unemployment rate is over 30 percent. Current estimates are closer to 40.

Education is another factor that contributes to why Guayana is poor. The country has one of the highest reported literacy rates in the Western Hemisphere. From 2008-2012, youth ages 15-24 had literacy rates of 93.7 percent for females and 92.4 percent for males. However, the functional literacy rate is considered low, due to poor quality education, teacher training and infrastructure.

According to the World Factbook, Guayana has one of the highest emigration rates in the world. Over 55 percent of Guayana’s citizens are residents of other countries. More than 80 percent of citizens with higher education emigrate, causing a deficit of skilled workers, especially in healthcare. In addition to a lack of professionals, Guyana’s healthcare sector also suffers from a lack of medical resources.

Guyana has the potential to reduce its poverty level. One of the first steps is to update the 2006 poverty measurements. UNICEF recommends that Guyana adopt methods to monitor poverty that takes various ages, regions and ethnicities into consideration.

Guyana has signed onto to Sustainable Development Goals to end poverty by 2030.