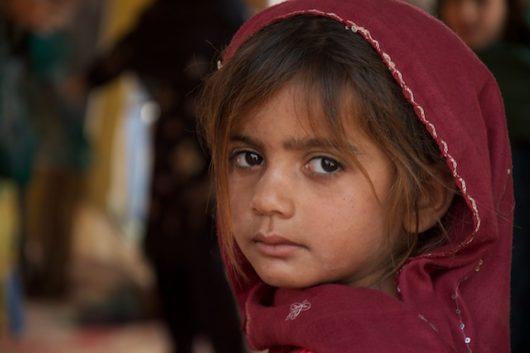 Pakistan is caught in the middle of serious crises: insecurity, poor education, poverty and the internally displaced persons (IDPs). Non-state armed groups have killed more than 50,000 Pakistanis. Attacks on civilians and security personnel continue unabated. A recent suicide blast killed 26 people, mostly policemen, in the eastern Pakistani city of Lahore on July 24, 2017. The presence of these challenges requires the U.S. to help people in Pakistan.

The people of Pakistan have, among other issues, suffered from a prolonged military rule and lack of democratization. The military’s historical focus on India as Pakistan’s arch-rival has diverted most of the country’s national expenditures toward defense, leaving behind education and economic development for decades. The military has ruled over the country for more than 33 years, which makes almost half of its lifespan.

Moreover, over the years, the military empowered religion as the guiding pillar of national unity. This has undermined secular ideals and the sociocultural diversity of Pakistani society. The same institutions also created religious proxies to counter the legitimate, but exaggerated, Indian threat to Pakistan. The history of using such proxies dates back to the conflict against the present day Bangladesh in 1971 and the Russian-Afghan War in the 1980s.

One way the U.S. can help people in Pakistan is to support democratization and development, because they are essential to improve the lives of people in the long run. While the U.S. has given economic aid for such development, however, historically it has put its weight behind generals in power by giving more military than economic aid to Pakistan.

The U.S. has, since 1982, provided $17 billion in military assistance compared to $13.5 billion in economic assistance mostly during military operations in Afghanistan that started in the late 1970s. Some analysts believe that such support to military rulers has derailed democracy and hindered development in Pakistan.

While Pakistan has, since 2008, entered into a new democratic phase of its history after the 1990s, the military still controls important policy domains such as national security and foreign policy. One reason could be the increased military assistance in the 2000s.

The Enhanced Partnership with Pakistan Act of 2009 aka the Kerry-Lugar-Berman Act was a welcome step and a major shift in U.S. foreign aid to help people in Pakistan. The Act authorized $7.5 billion in non-military aid over five years for “democratic governance, economic freedom, investments in people, particularly women and children, and development in regions affected by conflict and displacement.” Nevertheless, it is still small compared to the overall direct assistance to the military.

There is a need for more civilian assistance in the future. The U.S. needs to further increase educational aid because Pakistanis highly value education, but unfortunately, there are meager learning opportunities in the country, especially among poor communities in rural areas. The good news is that Pakistan is among the highest recipients of educational exchange programs like the Fulbright program, the Global Undergraduate Exchange Program, etc. Maintaining and possibly increasing such opportunities will further help the people of Pakistan and strengthen the long-term engagement between the two countries.

Causes of Poverty in BhutanWhy is Guyana Poor?
Scroll to top