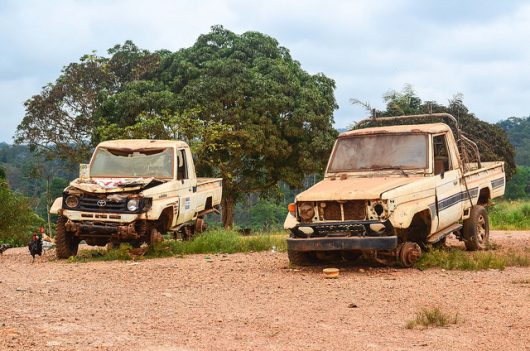 Why is Gabon poor? This is a question that is, unfortunately, stereotypically asked about any African country. This is particularly the case with Gabon, due to the fact it is not historically one of Africa’s most developed nations.

What is even more unfortunate is that Gabon fits this stereotype very well, as it is one of the poorer countries in the world. According to the World Bank, the country’s poverty headcount was 32.7 percent as of 2005.

This is interesting because, on a larger international scale, Gabon’s economy is doing relatively well. According to the CIA World Factbook, Gabon’s GDP growth has been significant over the last few years, with 4.4 percent growth in 2014, 3.9 percent in 2015 and 2.3 percent in 2016. While there has been a decreasing trend in these figures, they are still substantial. Gabon’s GDP per capita is worth noting, too. Listed at $19,100 as of 2016, the country is ranked 88th in the world.

So, if Gabon’s economy is doing reasonably well on the international stage, why is Gabon poor? The answer, it turns out, is centered around income inequality.

While Gabon’s national income has greatly benefitted from oil exports, its workforce has not seen these returns. As recently as 2015, Gabon’s unemployment rate was 28 percent, one of the highest in the world.

If Gabon wants its economic growth to be sustainable, the country must improve its fiscal management. By allocating more of its national income to the poor and by prioritizing job growth to lower its unemployment rate, Gabon could see real gains that last beyond the short term and set the country up as one of the region’s major economies.

So, why is Gabon poor? Systematic inequality has ravaged the country, but there is opportunity for change. As the country industrializes and continues to see economic gains, the international community must continue to observe the country’s financial management.

How to Help People in Guyana Tibetan School for Blind, Braille Without Borders, May Close
Scroll to top