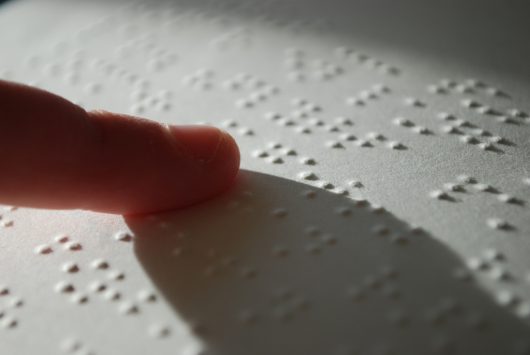 Braille Without Borders, the renowned school for the blind, is in danger of being shut down. The institution was co-founded in May 1998 by German born Sabriye Tenberken and Dutch born Paul Kronenberg in Tibet to empower students who are blind or visually impaired. A Tibetan agency wishes to discontinue integration training that helps blind people assimilate into society. No explanation has been given as to why.

Braille Without Borders is so named because its founders are determined to defy the odds. They hope to inspire blind and visually impaired children to overcome negative perceptions in society that prevent them from playing an active and inclusive role. To bring this to fruition, students are given a holistic education that encompasses academic and life skills.

The preparatory school that is in danger of closing teaches students how to read and write the Tibetan, Chinese and English Braille scripts. Students are also trained in different vocations such as animal husbandry, agriculture, market gardening, composting and working in the cheese industry. Through educating children holistically, the program ensures students can take control over their lives upon exiting.

Tenberken created Braille Without Borders out of frustration. She lost her sight at the age of 12 and decided at a young age, with support from her family, not to let society tell her what she is capable of. In a 2010 interview with Deutsche Welle, she stated that it angers her that impaired people are not taken seriously because others focus too much on the disability the person has.

Furthermore, prior to the program beginning, Tibetan blind children were social outcasts. People thought they were stupid or possessed by demons, and parents didn’t want to touch their own children. Tibetan citizens believed blindness was a curse from God because of an evil committed.

The success of the program has changed how the blind are perceived. Tenberken stated in the same interview that people stand up for the visually impaired now, as Braille Without Borders has been very successful in reducing the stigma against blind people and providing them with an education. No longer is it okay to call them blind fools. They are confident young people who contribute to society.

So far, the program has impacted the lives of 300 children ages six to 15. However, there is far more work to be accomplished. Statistics state 30,000 of the 2.5 million inhabitants of the Tibet Autonomous Region are blind or highly visually impaired. Compared to most areas in the world, this is above average. Climate and hygienic factors such as dust, wind, high ultra-violet light radiation, soot in houses caused by heating with coal and/or yak dung, and lack of vitamin A and D at an early age, contribute to the unusually high number of blind and visually impaired people in this region. A rehabilitation program for the blind and visually impaired is necessary to improve quality of life.

Braille Without Borders is in danger of closing if supporters do not act now. It has endured over the past 19 years due to donations and encouragement from people outside of Tibet. If the school is closed, Tenberken is gravely worried students will be sent to schools where they won’t receive training to become self-sufficient. Supporters can continue to aid the program’s efforts through donations. Learn more ways to help on the official website of Braille Without Borders.

Why Is Gabon Poor? The Results of Unchecked InequalityAccessible Housing for Migrants in India
Scroll to top