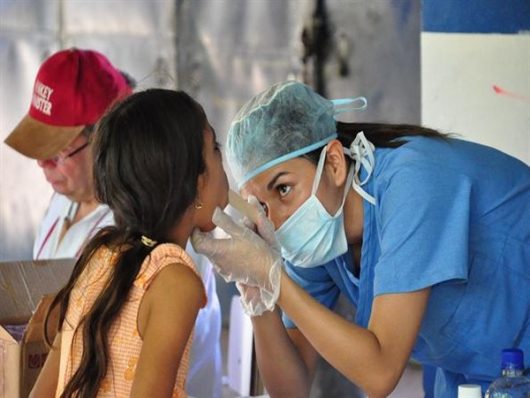 Why is El Salvador Poor? In a country with a highly urbanized workforce and a small wealthy elite who became rich through coffee and sugar, it is surprising that almost 40 percent of the population falls below the poverty line.

More than half a million Salvadorans live on less than $2 a day, making it very difficult to buy food with proper nutrition. Even with the land reform and property redistribution that occurred in the 1980s and helped some rural people make sustainable incomes, there is still a large divide between the wealthy and the poor in El Salvador.

USAID reports that El Salvador’s per capita income is the fifth-lowest in the western hemisphere. The economy is stagnating in a decade-long cycle of low growth that has restricted the creation of higher paying jobs, which translates to low productivity and higher crime, especially in terms of the “Maras,” or the violent criminal gangs that have high profiles in El Salvador and around Central America.

Many youth in rural areas live in poverty and choose to migrate rather than stay in a harsh cycle of unemployment or join a gang. This problem is in large part due to a weak education system that sees less than 50 percent of Salvadorans graduate from the sixth grade, one out of three completing the ninth grade and only one out of five completing high school.

What other factors can answer the question: why is El Salvador poor? The Salvadoran healthcare system is another public service that needs to be stronger in order to support financial gains that take people out of poverty. Medical unions and the Salvadoran government have been going back and forth for a long time, with the unions resisting privatization of healthcare and conducting medical personnel strikes frequently.

Hospital budgets primarily go toward paying salaries, leaving little extra funding for basic drugs and medical equipment. While the infant mortality rate has fallen by more than 70 percent in the last three decades, the overall death rate for children is still extremely high at 81 deaths per 1,000 children.

The Salvadoran government is working with international organizations to reduce poverty, especially in rural areas. In 2011, it launched the Plan de Agricultura Familiar (Family Farming Plan) to improve agricultural production and supplement the income of poor rural families while also increasing the competitiveness of domestic agriculture in markets. By localizing many services and improving the healthcare system while working to reduce crime, rural families can begin to utilize a public safety net that will help them out of poverty and create a middle class in Salvadoran society.