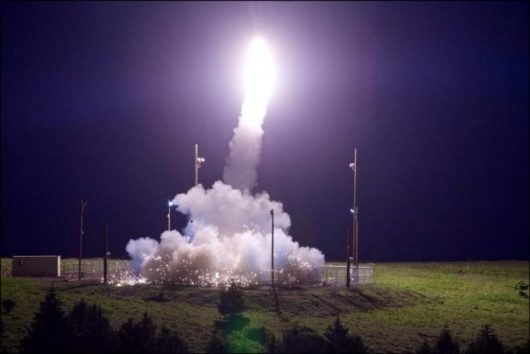 Hidden behind the tensions of military bluster between the U.S. and North Korea lies a sad and often overlooked reality: North Korea is an incredibly impoverished country.

The conflict on the Korean peninsula can be traced back to when Japan controlled Korea till 1910. After the Japanese lost in World War II, the peninsula was divided between a communist northern half and a democratic southern half.

Tensions between the north and south erupted into war in 1950. The U.S. led a United Nations coalition to support the south; China was the principal ally of the north. The war ended in a stalemate with the current division becoming a demilitarized zone. North Korea has languished since, relying heavily on outside aid.

Most of the developed world stopped sending monetary aid to North Korea in 2009. South Korea ended aid in 2010 due to conflicts with the incoming government of Kim Jong Un.

This lack of aid has impacted North Korea’s investment in education, health services and infrastructure.

The average education level for a North Korean is only 11 years. The average annual income is only $1300. These disparities stem from the government’s sole interest in military spending, and its lack of interest in its people. These facts and figures of North Korea illustrate that the impoverished Asian nations strongly needs foreign aid, as well as restructuring its own budget, to combat its extreme poverty.

In the interest of its citizens, North Korea could decrease spending on its military and defense program. This could increase international confidence in the country’s financial and political system, therefore increasing foreign aid that could be used for basic services for its populace.

Until the North Korean government focuses on its people instead of its military, and makes serious efforts to combat these disastrous poverty-related facts and figures of North Korea, it will continue to be an impoverished nation.

How to Help People in Liberia Why Is El Salvador Poor?
Scroll to top