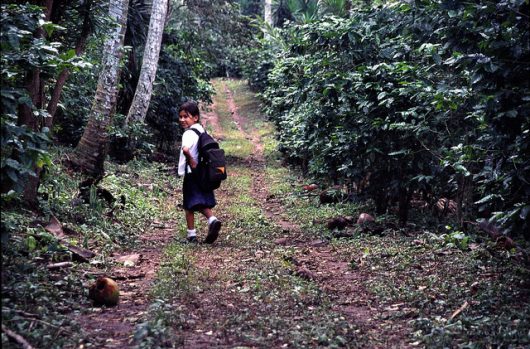 Despite past cultural demands, girls’ education in El Salvador now equals that of their male counterparts with the support of hard-working mothers and USAID’s commitments under the Alliance for Prosperity Plan.

For many years, women in El Salvador have been relegated to domestic roles. Young girls were often pulled out of school to assist with household tasks while boys continued on, pursuing an education that was more culturally valued. However, women are becoming increasingly more educated. Each generation of girls stays in school longer than their mothers, often because of their mother’s commitment to providing them with an education. Overwhelmingly, women express a desire for their daughters to have as much schooling as possible. This shift is evidence of changing cultural values, moving away from traditional gender roles to a climate that allows women to pursue things outside of domestic life.

According to an October 2015 study conducted by UNICEF, girls are actually more likely to finish primary school, with 86 percent of girls finishing as compared to 81 percent of boys. Additionally, 31,000 boys of primary school age do not attend school in contrast with 27,000 girls, a clear flip from the typical gender norms that once opposed girls’ education in El Salvador. Furthermore, the gross enrollment rate for secondary schools is 71 percent for girls and 70 percent for boys. Girls’ education in El Salvador is rising to a level that usurps their male equivalents.

This upswing is partially due to the Law of Equality, Fairness and the Elimination of Discrimination Against Women passed in March 2011 at the urging of many women’s rights groups. The bill addressed El Salvador’s need to provide equitable education for girls, as well as the gender wage gap.

Fabiola Rivas, an El Salvadorian native currently attending university in the United States, told The Borgen Project that the major challenges to improving education in El Salvador are not related to gender. “Good opportunities for education in El Salvador really depend on the family’s income. The problem with El Salvador’s education is that public schools do not provide good quality education. Regardless if you are a boy or a girl, the amount of information you are being taught and the quality of it is not good enough to go to college.”

Rivas acknowledges that her educational path is an uncommon one, having been able to attend a private school in El Salvador before obtaining a full scholarship in the United States. In fact, the majority of youth in El Salvador, male and female alike, do not attend school past sixth grade. At the transition to middle school, half of students drop out, and then another half of the remaining students drop out at the start of high school. Unlike the American education system, which is organized, typically good quality, and free, good schools in El Salvador are too expensive for the average citizen to afford.

In advocating for the goals of the Alliance for Prosperity Plan and the U.S. Strategy of Engagement in Central America, USAID has implemented programs in El Salvador to combat these startling dropout numbers. USAID programs concentrate on developing high-quality education and trade skills programs in areas of low economic efficiency with the hope of creating a more competitive workforce to spur on fiscal growth. This, coupled with USAID’s efforts to offer advanced certification courses for teachers, continues to increase the quality of education in El Salvador.

These programs also focus on keeping children in school and out of gangs, which typically recruit students that are vulnerable to dropping out. Currently, El Salvador has astonishingly high rates of crime and gang violence. The longer kids can be motivated to stay in school, the more likely it is that these rates can and will be diminished.

Salvador Sanchez Ceren, a former school teacher and the current president of El Salvador, promised in his inaugural address in 2014 that education would be one of the top priorities of his administration. Although girls’ education in El Salvador encountered many gender-biased problems in the past, today all the children of El Salvador, regardless of gender, must face the same issues.