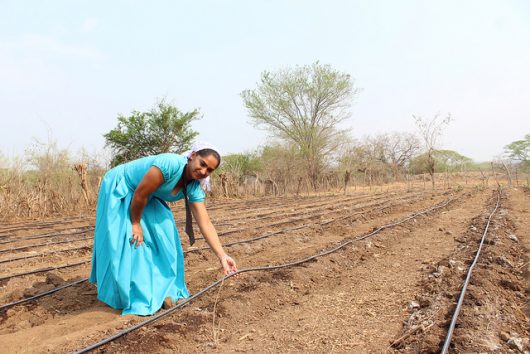 El Salvador is a country about the size of New Jersey, with a population of just over six million. In the past decade, poverty levels in this Central American country have dropped significantly. But 36 percent of rural Salvadorians still live in poverty. Why? These are three of the biggest causes of poverty in El Salvador:

1. An Unproductive Economy
Levels of poverty in countries are nearly always tied to the vitality of that country’s economy. And while El Salvador’s economy has made strides in recent years, it still suffers from stagnation. This is particularly evident in the agricultural sector. Salvadorian coffee crops have been damaged by coffee rust, a fungus that kills coffee beans. As coffee exports decreased, the economy suffered. Many rural Salvadorians were plunged into poverty. This sluggish economy is particularly detrimental for youth populations, who struggle to find employment. Fortunately, organizations like the International Fund for Agricultural Development (IFAD) are offering help. Between 2015 and 2021, IFAD plans to invest 41 million US dollars into El Salvador’s agriculture community. IFAD’s strategy is a community-based approach, another sign of their commitment to Salvadorians. In short, IFAD’s intentional aid is helping eradicate the causes of poverty that plague El Salvador.

2. Crime
El Salvador is the most violent country in the world. Much of El Salvador’s crime is attributable to rampant gang violence and drug trafficking. According to World Finance, “approximately 70 percent of businesses in El Salvador are subject to gang-related crime.” This extortion stunts the El Salvadorian economy, leading to widespread poverty. The World Bank estimates that in 2011 alone, crime cost El Salvador’s government over two billion US dollars, 10.8 percent of the country’s GDP. By 2014, the cost of crime increased to 4 billion US dollars, 16 percent of El Salvador’s GDP. These levels of crime lead to massive instability and cripple the economy. These outcomes inevitably increase poverty levels.

3. Climate Change
Climate change is the most silent of all the causes of poverty in El Salvador, but is just as dangerous. El Salvador is highly susceptible to changes in weather due to its location. As the Earth’s temperature’s rise, El Salvador’s crop yield is expected to drop by 30 percent by 2050. Salvadorians are already beginning to feel the effects of climate change. Drought has affected over 80,000 people. As climate change continues, farming in El Salvador will become harder and harder. Agriculture accounts for 17.3 percent of total employment. As farming becomes less viable, more rural Salvadorians will find themselves in poverty.

Understanding the causes of poverty in El Salvador is vital for discovering routes towards change. Organizations like IFAD and Salvadorians themselves have already begun the work of development. But more needs to be done, and you can help! All it takes is a phone call or email to your representatives. Urge them to support aid and investment in developing countries, including El Salvador.