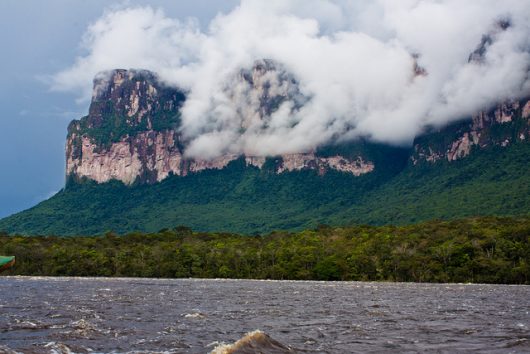 The poor water quality in Venezuela has caused health concerns throughout the country.

Venezuela’s water has, in recent years, been very poor quality, even coming out of faucets with a yellow color, reports Ana Carvajal, a worker at the Universitario Hospital in Caracas specializing in infectious diseases. Venezuelans are seeing a spike in a variety of illnesses, especially diarrhea. The lack of clean water is also bringing about skin issues such as scabies and folliculitis. Stomach illnesses have also spread due to the water quality.

Beyond water pollution, the country is also facing a severe water shortage. The 2016 drought brought on by El Niño put major limits on water consumption, resulting in today’s current use of water trucks. However, as water official Tatiana Noguera accounts, these trucks are often robbed by gangs.

Unfortunately, it comes with little surprise that Venezuelans must resort to desperate measures in order to maintain water. Residents often purify water with vinegar, and carefully ‘recycle’ it from the kitchen to toilet. Some collect and recycle rainwater, as well.

Other consequences come in the form of limited electricity. Because 65 percent of Venezuela’s electricity relies on the Guri Dam, which has maintained low water levels, the country has undergone severe power shortages. Even Venezuela’s time zone has been altered in order to increase the amount of sunlight during the day by an extra 30 minutes.

Just like his predecessor Hugo Chavez, President Nicolas Maduro has not taken substantive action in order to counter this water pollution or shortage. Taxi driver Luis Felipe Pedroso comments on the lack of water: “On the days when it comes, it’s only for a few hours and it’s very dirty. This is unbelievable. The government hasn’t taken any measures to solve these problems.”

If the poor water quality in Venezuela is not addressed soon, diseases are likely to spread further. Given citizens’ limited access to medicine, this has seriously negative implications, especially considering the issue is one that is easily preventable. Therefore, the country’s leaders must take immediate action in order to secure the health of their citizens.