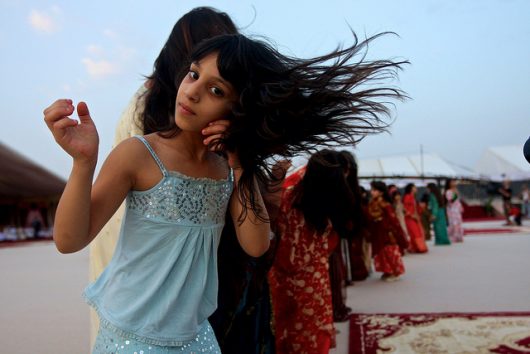 Kuwait is located on the Arabian Gulf and sits between Iraq, Iran and Saudi Arabia. According to the World Travel Guide, Kuwait has a number of tourist attractions, even though its location might hinder it from topping the list for many travelers. Kuwait sits on a beautiful coastline and has many impressive buildings and eateries. As with any other destination, travelers should take the necessary precautions to avoid contracting the top diseases in Kuwait.

The Center for Disease Control (CDC) recommends that all travelers to Kuwait get vaccinated for hepatitis A and typhoid. Both diseases can be contracted through contaminated food or water, and thus it is important for travelers to be careful when choosing where to eat. Luckily, the World Travel Guide lists many restaurants known for both safety and fine dining, including Pepper Steak House and Ayam Zaman Restaurant. The CDC recommends using available resources such as this guide to determine where it is safe to eat to avoid contracting the top diseases in Kuwait as a traveler. The CDC also warns that travelers staying with family or friends or in more rural areas are at a greater risk of catching typhoid.

Another pervasive disease in Kuwait is Middle East Respiratory Syndrome (MERS). MERS is a respiratory virus unlike any other known viruses, according to the CDC. It causes a fever, cough, shortness of breath and, in some cases, can be fatal. The first case was reported in 2012 in Saudi Arabia, and it is quickly becoming one of the top diseases in Kuwait. A fatal case of MERS was reported to the World Health Organization (WHO) in September 2015. The WHO issued a warning which states that individuals who have diabetes, renal failure, chronic lung disease or are immunocompromised have the greatest risk of contracting a MERS infection. The report cautions those at risk against contact with animals, especially camel,s and recommend good hygiene practices, along with avoiding the consumption of raw milk and undercooked meats.

In 2015, the WHO did not recommend any travel restrictions for Kuwait, as there is no evidence that indicates MERS can be transferred through person-to-person contact. However, in May 2016, the CDC issued a level two alert after cases of MERS were seen in several countries around the Arabian Gulf. These cases occurred in travelers and also in people they had been in close contact with. The CDC does not discourage travel to these areas, but they recommend that travelers consult with a doctor to determine risk factors and if additional precautions are necessary.