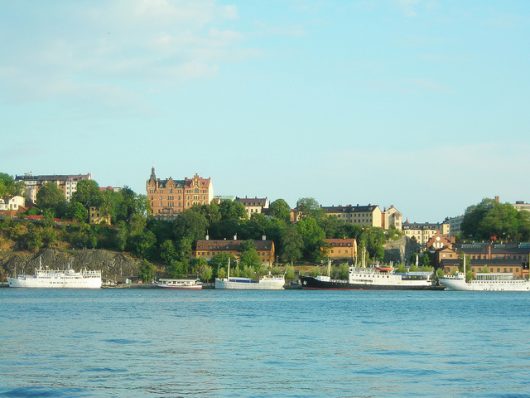 Since 1990, Sweden has been working toward reducing the acidification of lake water and reaching its renewable energy goal of 50 percent by 2020. The Scandinavian country ensures that the drinking water conforms to National Food Administration requirements before being released for public consumption.

The water quality in Sweden is currently at a very high standard. The lake water passes through various stages of purification before it is distributed as drinking water. In the initial stage of purification, the water is decontaminated with mechanical and chemical methods. The second stage leads the water through “slow sand filters that extract the remaining organic pollutants.” Once the water is purified of contaminants, it is processed into the distribution network.

According to ClimateChangePost (CCP), which publishes the most recent information on climate change and adaption, water quality in Sweden could face considerable consequences due to climate change. Half of Sweden’s local water supply is derived from the 95,700 lakes and watercourses that dominate its landscape. The other half is extracted from groundwater.

Climate change projections indicate that more frequent heavy rainfall will elevate levels of sewage overflow. The U.S. National Library of Medicine National Institutes of Health published an article identifying the link between extreme precipitation and the outbreak of waterborne disease. The study analyzed the time period 1948 to 1994 and demonstrates that “51 percent of waterborne disease outbreaks were preceded by incidences of heavy rain.” This is in part because contaminated raw water creates widespread health risks, such as microbiological growth.

With close monitoring of climate changes and scientific studies, it is hopeful Sweden’s water supply will continue to produce high-quality drinking water.