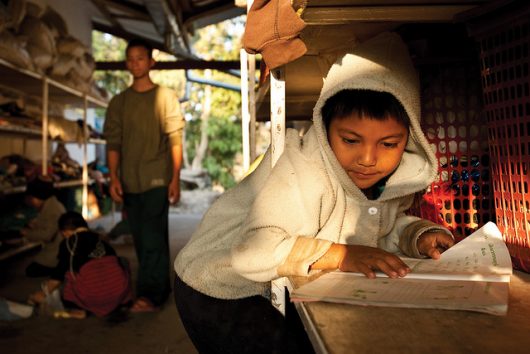 While Thailand historically has been known to have a fairly strong economy, it experienced setbacks in 2013-15 as a result of domestic political turmoil and slow global demand. Since then, the Southeast Asian country has undergone a period of economic growth, advancing as a middle-income country and moving toward achievement of its Millennium Development Goals (MDGs). According to the United Nations Development Programme (UNDP), poverty in Thailand has decreased from 21 percent in 2000 to about 12.6 percent in 2012.

While it is important to note the remarkable progress that has been made, certain challenges and conditions still pose a threat to people and society. Discussed below are the leading facts about poverty in Thailand.

Top 5 Facts about Poverty in Thailand

With a massive population of more than 68 million as of 2017, poverty in Thailand affects many individuals. Fortunately, with awareness and assistance, there are opportunities for the nation’s recovery to eliminate poverty and help boost prosperity for all citizens.