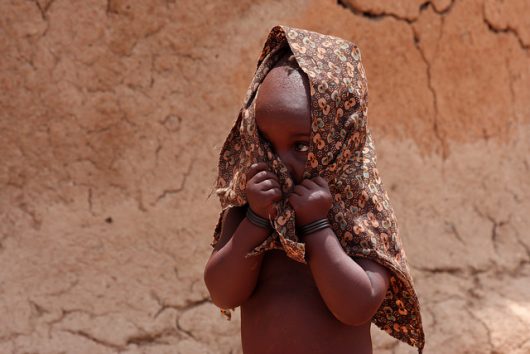 Namibia is an upper-middle income country that has sustained positive growth between 2000 and 2015. Plagued by HIV, tuberculosis and malnutrition, lower-income earners experience conditions of poverty. Recurrent natural disasters along with drought keep food production inconsistent.

For that reason, there is a heavy reliance on imports. This makes Namibia very susceptible to increases in food prices and is a key reason that 42.3 percent of the population is undernourished.

Low-income earners are susceptible to these changes and the prevalence of food insecurity continues. As a result, malnutrition has become a hindrance to sustainable growth. Hunger in Namibia is so serious that it is rated among four other African countries as one of the highest when it comes to the amount of population that’s undernourished. Income-disparity levels play a large part in why that statistic is true, as the country is also ranked among the top in that category.

The unemployment rate is also high at 29.9 percent leaving many without a sustainable source of funds. This contributes to the hunger in Namibia.

The heavy prevalence of HIV/AIDS is an additional factor contributing to food insecurity. With a rate of 13.5 percent, Namibia ranks as the sixth-most affected country by the disease. Those infected have a hard time working and providing support for their families.

Recently hit by the biggest drought in 35 years, Namibia declared a state of emergency. An already arid environment became much worse and, coupled with existing conditions of poverty, the situation prompted a response. The government has taken initiative in trying to recover damages from recurrent droughts. From April 2015 to March 2016, $916 million has been spent on a drought relief program. This is a serious problem in the country.

With food production continuously dropping, prices on food imports will continue to plague the population. The government has taken positive steps with regards to agriculture, but more is needed to combat hunger effectively.