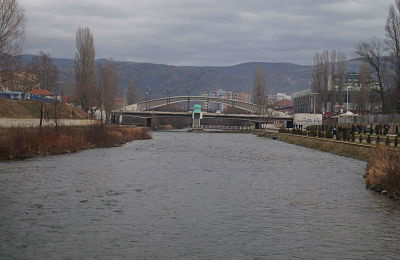 Heightened pollution in rivers, as well as a lack of wastewater treatment and disposal, is having drastic adverse effects on the water quality in Kosovo.

Located in southeast Europe, between Serbia and Macedonia, Kosovo is a small country with a population of fewer than two million. The armed conflict that took place during 1998 and 1999 has had lasting effects on the country’s economy and general welfare, leaving its citizens with the lowest per capita GDP in Europe.

Although there has been much progress, the war’s devastation remains visible in the country. Only 44% of the country’s population has access to drinking water, and in rural areas, that number drops to 8.4%. Water quality in Kosovo is almost solely reliant on the country’s many rivers, but as pollution increases in the nation, the water quality plummets.

In bacteria and chemical testing of the water, the Water and Waste Regulatory Office reports a 90% rate of purity, while the international standard is above 99%.

Although frequently used interchangeably, sewage and wastewater are not the same things.  Thus, it is important when looking at the issues Kosovo has to understand their differences. Sewage is simply a category of the broader term, wastewater.  This category includes all excess water from domestic and non-residential establishments. The non-residential waste requires lengthy procedures to purify properly, and in Kosovo, there is no established system.

Kosovans who regularly drink tap water become sick, as there is no wastewater treatment system. The largest threat to water quality in Kosovo, however, lies in the nation’s lack of a sewage system.  Beyond urban lines, only 28% of homes are connected to any type of sewage system. The rest is disposed into downstream rivers which then contaminates the groundwater as well.  Kosovo’s government has recognized these threats and is working to improve protection standards for the country’s rivers.

In September 2016, the World Bank’s Executive Board of Directors agreed to allocate $24.5 million to restore Kosovo’s main water source, the Ibër Canal. The project is scheduled to be completed in 2022 and will restore water access to 500,000 people who live in proximity to the canal.