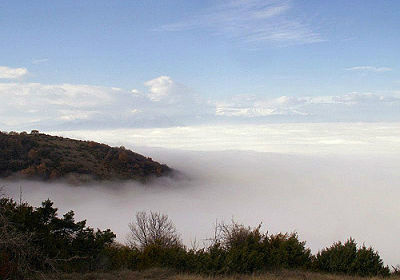 Macedonia is a tiny, landlocked country just to the north of Greece in southern Europe. With just over two million people, the country is larger than some of the surrounding areas like Kosovo. The top diseases in Macedonia mirror the entire rest of the world, yet the percentages of people afflicted have changed over the years.

The average annual mortality rate per 100,000 people is 743.3. This rate is down from years past. Life expectancy is 75 years old, higher than the average worldwide. Females live longer than males by about six years. Better yet, the average life expectancy has grown by about four or five years over the last 25 years.

The top diseases in Macedonia include common heart diseases capturing the top three spots. The entire top five has not changed in 25 years with each only varying slightly in the percentage that has changed. Spots four and five are still held by lung cancer and diabetes respectively. Alzheimer’s disease made the biggest jump on the list with a 37% change. COPD and cancers round out the top 10 list.

The major risk factors in Macedonia are high blood pressure, poor diet and tobacco use. The percentage of disease attributed to these risk factors and the others is 50.5%. That percentage needs to be dropped with more of an emphasis on care and services being provided to avoid losing these many people each year. More risk factors include cholesterol, pollution and alcohol and drug use. There are some that can be cut entirely to save people from that. Pollution is a global issue that needs to be addressed in many countries around the world.

Macedonia has come a long way with the life expectancy rising and many of the diseases dropping in frequency over the last 25 years. The top diseases in Macedonia list still hold a lot of what is already seen around the world. The country still has much it can improve upon, especially heart disease.