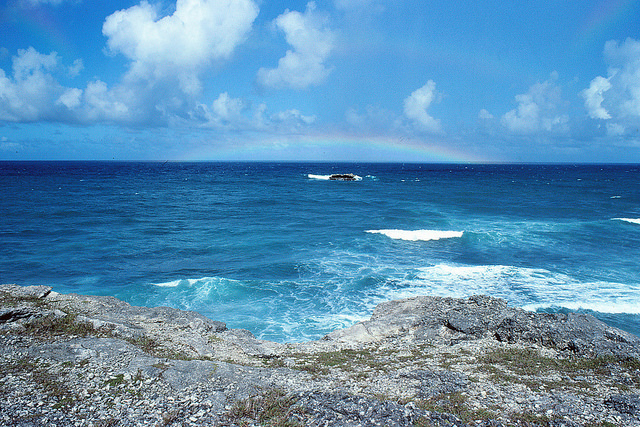 Barbados was an uninhabited island in the Caribbean until the British settled the island in 1627. Slaves were taken there from Africa to work in the sugar plantations. Slavery was abolished in 1834, but the economy remained largely dependent on sugar, rum and molasses during most of the 20th century.

Barbados has moved from an economy heavily dependent on agriculture to one focused on manufacturing and tourism. Although the economy has shifted, the sugar industry still plays an important role in the economy. Besides sugarcane, farmers also grow cotton, root crops and vegetables.

Water quality in Barbados can be compromised by pollution from agriculture, industry and urban development. The island nation is listed as a water-scarce country because of the depletion of the water reserves during the 20th century. To address this, strict standards were developed for the use of drinking water. Because of the high demand for water on the island coupled with an inadequate supply, the nation built a desalination plant in 2000. Despite this, the water quality in Barbados is still questioned.

The Daily Herald reported in 2016 that there were rumors circulating on social media suggesting that contaminated water was responsible for a string of deaths during the summer of 2016. According to the rumors, there was lead in the newly installed water meters.

The Barbados Water Authority responded with a statement saying that the meters contained no lead. They were made from plastic and brass and manufactured in Germany. The water meters were approved by the German Environmental Agency under the German Drinking Water Ordinance of 2013.

They also stated that the meters were being used in 22 other countries including France, Spain and Ireland. In addition, the water supply is tested twice a year for heavy metals and pesticides. Tests conducted in March 2016 showed that lead levels were under the limits and drinking water was within standards.

The government of Barbados created a policy that designated five Groundwater Protection Zones around the island. This helped protect public supply wells from contamination from bacteria, which is a significant step towards improving water quality in Barbados.