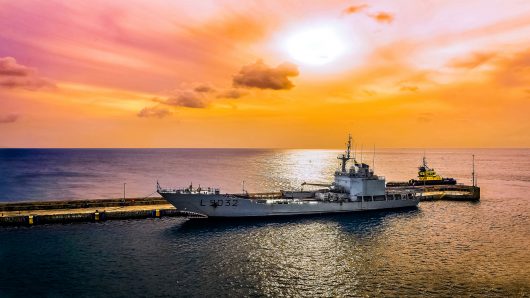 Barbados, the Caribbean island that rests the furthest east into the Atlantic Ocean, has a diverse population of about 280,000 people. English is the official language and the island has a literacy rate of nearly 100 percent, one of the highest literacy rates worldwide. Barbadians also enjoy high water quality, which reduces the number of waterborne illnesses that affect many other Caribbean countries. However, there are several common diseases in Barbados to be aware of.

The disease with the largest fatal impact in Barbados is cancer, comprising 29 percent of deaths. Cardiovascular diseases come in at a close second as the reason for 28 percent of deaths. All non-communicable diseases together are estimated to cause 84 percent of deaths, and most of the time other common diseases in Barbados cause more pain and inconvenience than fatalities. Tourists should be aware of hepatitis A, hepatitis E, typhoid fever, chikungunya and malaria when preparing to visit Barbados and should take all possible precautions to avoid contracting one of these illnesses.

Zika, the disease that caused a mass panic in 2016, has been reported to be active in Barbados. Spread by mosquitoes, those who contract the virus often do not suffer any symptoms. When sickness occurs, it tends to be mild. The disease has caused fear due to its link to congenital disabilities, which can in some cases be extremely serious. Expectant mothers or women who expect to become pregnant should be particularly wary of this virus and avoid traveling to Barbados.

Barbados has also been suffering from a syphilis outbreak for the past six years. Most victims are male, with an average age of 34 years. Cases of syphilis have stabilized in the last biennium, but doctors still advise travelers and citizens to only engage in sexual activity in a safe manner. This STD is one of the common diseases in Barbados and can be extremely severe if left unchecked.

The number of cases of dengue fever, a painful infection that causes a high fever, nausea and headaches, has risen significantly in Barbados since 2015. The disease, like the Zika virus and chikungunya, is spread by mosquito bite. Those living in and visiting the country should take precautions against mosquito bites to avoid these common diseases in Barbados.

With proper care and preparation, most of the common diseases in Barbados can be prevented.