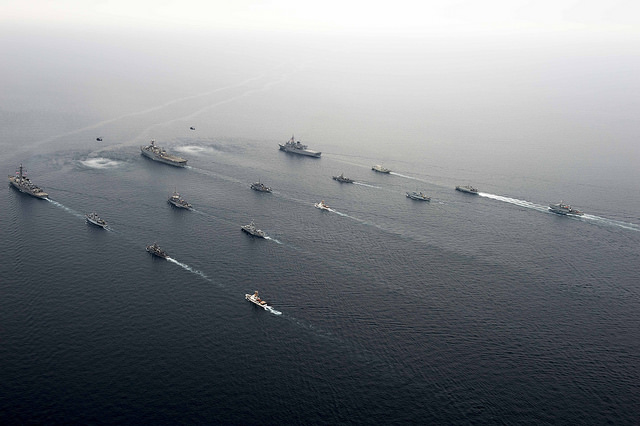 The Kingdom of Bahrain is a group of islands located in the southern waters of the Persian Gulf in the Middle East. Comprising 40 islands, Bahrain was ranked as the second-largest user of water per square centimeter of land in the world, according to the Bahrain Economic Development Board, which is a disproportionately large level of water consumption for its size. Water quality in Bahrain continues to be a prominent problem despite efforts toward water security.

In the early 1900s, a majority of Bahrain’s water came from freshwater springs that flowed through the northern part of the country. After 1980, freshwater stopped flowing while the demand for drinkable water increased alongside population size.

Bahrain was listed among the top 10 countries that are the most likely to suffer from a water crisis in the next 25 years in a report released by the World Resources Institute. According to the study of 167 countries, 33 countries, half of which are in the Middle East, are at risk of facing a severe water crisis by 2040.

Water quality in Bahrain is further affected by the extremely high salinity of its accessible water. In 2008, AQUASTAT, a program measuring water quality within the U.N. Food and Agricultural Organization, reported that “over-utilization of the Dammam aquifer, the principal aquifer in Bahrain, by the agricultural and domestic sectors has led to its salinization through water coming from adjacent brackish and saline water bodies.”

Salinization refers to the toxic buildup of salt content within a natural resource. Bahrain relies heavily on unconventional sources of water, including its four desalination plants. Water desalination plays a crucial role in water security for the nation. A possible solution to a lack of freshwater would be to extract it from the surrounding sea.

According to a study done in 2013, records reveal that the rate of growth of water demand has been on average four percent per year. Despite the implementation of increased desalination efforts, the Kingdom of Bahrain continues to suffer from the water shortage due to population increase, industrial development, commercial growth and tourism projects.

One solution appears to be the creation of water storage facilities throughout the country. As a large part of its water security system, storage tanks of potable water are used to ensure supply during crisis situations. In 2013, the storage tanks held a water capacity that could ensure the survival of the nation for two days in case of extreme emergency conditions, leading to improvement of water quality in Bahrain.

Ninety percent of water in Bahrain is secured through desalination processes. Water security remains a high priority, with the government seeking the aid of the Water Resources Council of the Kingdom of Bahrain. In the council’s most recent meeting in February, Abdul Rahman Al Mahmoud, Water and Science Technology Association (WSTA) President, briefed Sheikh Khalid bin Abdullah Al Khalifa, the Deputy Prime Minister of Bahrain.

The council encourages interest in the science of water, training programs, the development of local capacity and contribution to public awareness programs that achieve the optimal use of water. It also encourages the use of scientific methods for the development of various water sources, according to a press release by the WSTA. Despite current efforts, improving water quality in Bahrain remains one of the country’s top national concerns.

Ending Extreme Poverty: 10 Facts About the World Bank Poverty in Yemen: An Exploration of Why the Country is So Poor
Scroll to top