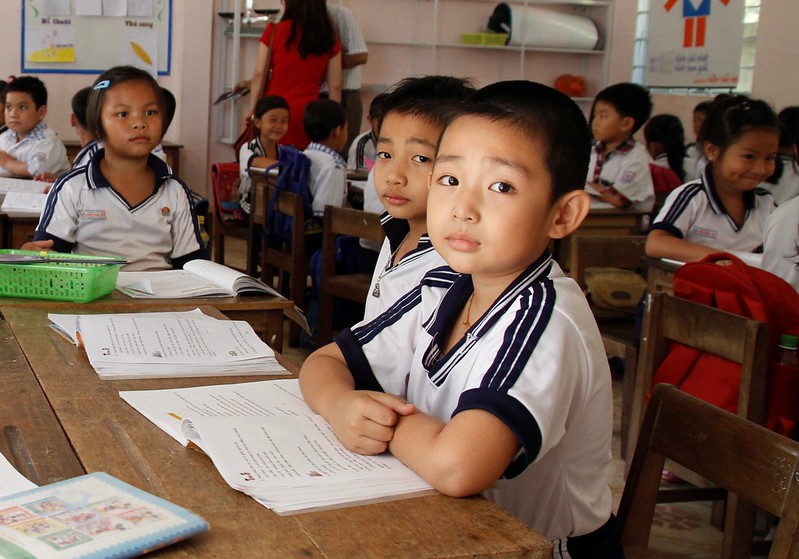 Nearly 30 years ago, Vietnam was among the poorest countries in the world. Today, Vietnam has reduced poverty and is estimated to be a developed nation by 2020 due to its fast-growing economic success. However, 9 million are still living below the poverty line in the one-party Communist state and progress can be made.

After the Vietnam War, which concluded when North and South Vietnam were reunited as one country in 1975, Vietnam faced war damages and an impoverished economy. From 1975 to 1985, Vietnam was a poor and self-reliant country facing a serious economic crisis. The country endured food shortages, damaged infrastructure and worsening living standards. About 70 percent of its population was living below the poverty line.

In 1986 came the introduction of a political and economic renewal campaign called Doi Moi. It transformed the country into a globally-oriented market economy and resulted in major improvements in economic conditions and in human development. In 1993, the success of Doi Moi was represented as Vietnam’s poverty rate was reduced to 58 percent.

From 1995 to 2014, Vietnam restored diplomatic relations with the U.S., became a lower-middle income country and grew its per capita gross domestic product from $288 to $1,910. Over the past three decades, Vietnam has reduced poverty by economic development, causing the national poverty rate to drop from 70 percent to 11.3 percent.

The results of Vietnam’s poverty reduction have been extraordinary, and there have been several social and economic factors helping to reduce poverty and improve living standards for millions of people.

Vietnam’s level of education has increased immensely. Figures estimate that enrollment rates in primary education have reached near universal levels, meaning more Vietnamese children are receiving an education now than ever before.

In 1990, Vietnam’s primary and secondary school enrollment rates were alarmingly low. People who have not completed primary education are more vulnerable to living in poverty. Today, the enrollments for primary and secondary school for the poor have reached more than 90 and 70 percent respectively. Additionally, the country’s literacy rate has reached more than 90 percent for men and women.

Investments in Agriculture and Infrastructure

Vietnam has reduced poverty through improved income by growing more profitable industrial crops in highland or mountainous regions. Targeting investment in agriculture and advancing restructuring in Vietnam has caused substantial increases in agricultural yields and poverty reduction in rural areas.

Over the past 30 years, Vietnam has reduced poverty and at least 14 million Vietnamese people have joined the middle class. Of the country’s 90 million people, however, 9 million still live in extreme poverty and most belong to ethnic minority groups.

From 1993 to 2006, extreme poverty rates decreased by 85 percent for the ethnic majority group. The ethnic minority group, however, only saw a decrease of 48 percent. These ethnic minorities, primarily the Tay, Thai and Hmong peoples of northwest Vietnam account for 73 percent of the poverty rate in the region. Ethnic minorities in Vietnam are more vulnerable to social and economic disadvantages due to a lack of education, clean water, sanitation, transportation, health care and other services.

Although the poverty rate among ethnic minorities decreased by 13 percent from 2014 to 2015, further efforts should be taken to alleviate poverty for the 9 million still in need. Vietnam’s focus should be on improved education and infrastructure in hard-to-reach areas comprised of mainly ethnic minorities who are more vulnerable to natural disasters, climate change and economic shocks. Although Vietnam has reduced poverty, progress is still to be made.