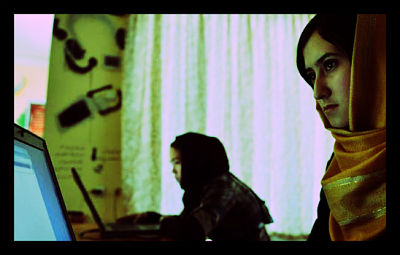 On September 22 and 23, Afghanistan hosted its first-ever social media summit, catalyzing the growing prevalence of Internet and social media sites as tools for democratic change. Sponsored by the U.S. Embassy, the summit was held at the American University in the country’s capital, Kabul, and welcomed more than 200 active Twitter and Facebook users.

The delegates featured at the summit included technology experts, Internet entrepreneurs, government leaders, authors, and NGO workers. The panel held discussions concerning how the increasing prevalence of the internet in Afghanistan is making an impact on traditional society.

With 65 percent of the Afghan population under 25 years of age, and an important presidential election coming up in 2014, now is an opportune time for Afghan youths to express their opinions on their nation’s issues on the Internet. Despite the popularity of social media, getting Internet access in Afghanistan is not an easy task. In fact, according to a USAID-funded study, conducted by independent technology research consultant Javid Hamdard, only 7.7 percent of the Afghan population can access the Internet – whether it is through mobile phones or computers.

Additionally, about 75 percent of the population resides in rural areas with little to no access to electricity let alone computers or the Internet. According to the UN, only an estimated 41 percent of Afghans have access to a reliable source of electricity. Therefore, charging electronic and mobile devices presents another problem for the population.

The high cost of Internet was previously an obstacle, but a World Bank initiative to implement the use of fiber-optic cables has helped to make internet more affordable in Afghanistan. The World Bank project is about 65 percent complete, but has been delayed due to insurgent activities in the eastern and southern areas of the country.

Afghanistan’s traditionally conservative society poses a problem to the growing prevalence of social media sites. For instance, the strict restrictions for women, like going to work or school, may cause issues as social media connects them to male users. According to Facebook, ten percent of users in Afghanistan are women. However, they often use a pseudonym and do not upload pictures of themselves or their female friends on these social networking sites.

Nonetheless, many see social media as a way for the population to engage itself in public affairs. Numerous presidential candidates are on Facebook and Twitter, which are the two most used social media websites in Afghanistan. This is especially vital to get Afghan youths engaged, seeing that they are the largest voting group.

The Taliban has even taken to social media. It has issued statements and claimed responsibility for attacks via their Twitter account—a rather different side of them compared to their ruthless six-year rule where they forbade television and use of most technology.