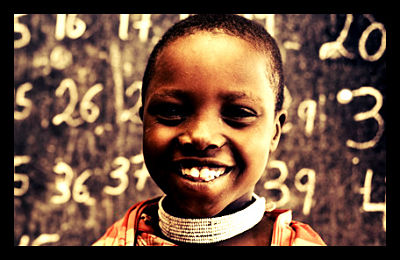 Any list of philanthropists, by its inherent nature, cannot be truly inclusive. There are many individuals around the world, of all social and economic standings, who choose to give quietly and without fanfare. That being said, the following are 9 of Africa’s wealthiest individuals who publicly donated $1 million or more to various causes throughout the course of 2012.

1.     Aliko Dangote
President of Dangote Group, Aliko Dangote is Africa’s single richest individual.  Accordingly, he was also the continent’s largest giver.  He is estimated to have given an astounding $35 million to various organizations, many within his home country of Nigeria.  The causes range from disaster relief after widespread flooding in Nigeria (for which he pledged $15.8 million to the Nigerian government) to helping the victims of munitions blasts in Congo.

2.     Jim Ovia
Like Dangote, Jim Ovia hails from Nigeria.  The founder of Zenith Bank, he is estimated to have donated $6.6 million.  The majority of this – $6.3 million – also went to helping flood relief.  Ovia is also the financier and founder of Youth Empowerment & ICT Foundation, an NGO that promotes the youths of Nigeria to become fluent in ‘information & communication technology’ as a means of instigating economic change.

3.     Strive Masiyiwa
A native Zimbabwean, Strive Masiyiwa is the founder of Econet Wireless, a telecommunications group.  Masiyiwa established a $6.4 million trust at Morehouse College after he was awarded an honorary degree.  The trust will be able to fund 40 students’ educations for a four-year period.

4.     Tony Elumelu
The third Nigerian of the list, Elumelu is a chairman of Heirs Holdings and the former CEO of the United Bank of Africa.  He too donated to the government’s efforts to help victims of Nigeria’s flooding, giving $6.3 million through his Tony Elumelu Foundation.

5.     Arthur Eze
Yet another donor to flood relief efforts, the founder and chairman of Atlas Oranto Petroleum gave an estimated $6.3 million to the Nigerian government.

6.     Mike Adenuga
The second richest individual in Nigeria, Adenuga founded the Mike Adenuga Foundation.  Though the philanthropic organization is very tightlipped about its endeavors, Adenuga himself donated $3.2 million to flood relief in Bayelsa state in southern Nigeria.

8.     Manu Chandaria
Another supporter of children’s healthcare, Manu Chandaria of Kenya gave $1.2 million to Gertrude’s Children’s Hospital with the goal of improving the facility’s intensive care and diagnostic services.  The donation was made through his eponymous Chandaria Foundation, which supports children’s medical services and education.

9.     Ashish Thakkar
The Ugandan-raised founder and CEO of the Mara Group is estimated to have given $1.1 million through his various Mara ventures.  The Mara Foundation, Mara Online, Mara Women, and other organizations of his creation all strive to help foster entrepreneurial skills within Africa’s youths.