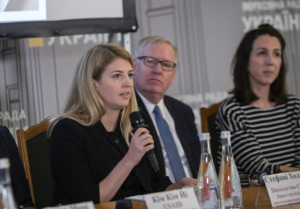 On November 3, 2021, the United States Agency for International Development (USAID) celebrated its 60th year of existence. The Foreign Assistance Act of 1961 made the formation of USAID possible. USAID’s creation stems from President John F. Kennedy’s aim to consolidate the foreign assistance work of several organizations into one main agency. Today, USAID operates in more than 100 nations across the world, fully or partially manages $24.8 billion in accounts and employs roughly 3,450 U.S. citizens to help fulfill USAID’s foreign assistance mission.

As an agency representing the foreign assistance interests of U.S. citizens, USAID aims to “promote and demonstrate democratic values abroad and advance a free, peaceful and prosperous world.” Ultimately, USAID plays an instrumental role in making a reality the foreign policy values of the U.S. As such, “through partnerships and investments” USAID aims to “save lives, reduce poverty, strengthen democratic governance and help people emerge from humanitarian crises and progress beyond assistance.”

The Birth of USAID

Coming out of World War II, the U.S. stood as the world’s preeminent superpower. However, not long after, in 1947, the Cold War rivalry between the U.S. and the Soviet Union began. Looking to prevent the spread of communism, the U.S. realized its endeavors would require more than just military might — the U.S. would also need to win the hearts and minds of developing countries before the Soviet Union did.

Through diplomacy and goodwill, the U.S. hoped to spread democratic and free-market principles to as many countries as possible, and in return, not only stop the spread of communism but also open up new global markets for trade and shared prosperity. With this goal in mind, President Kennedy felt the U.S. needed a more strategic approach to foreign assistance. Therefore, he pushed Congress to pass the Foreign Assistance Act of 1961, which empowered him to then create USAID via executive order.

USAID Over the Years

USAID’s approach to international development has evolved over the years. In the 1960s, the focus was on large-scale capital and technical assistance projects in select countries committed to economic reforms. Gears shifted in the 1970s when the agency pivoted toward a more humanitarian approach that focused on widespread delivery of food, education and health services to the most impoverished populations. The 1980s brought about the increasing use of U.S. NGOs and for-profit contractors to fulfill USAID’s mission. In the post-9/11 world, development assistance in Afghanistan and Iraq would consume a large share of the USAID budget as the U.S. sought to rebuild these war-torn nations.

In the early years of USAID’s foreign assistance, the U.S. stood as the undisputed leader in international development aid. Through its innovative development and humanitarian efforts over the decades, it is clear that USAID has helped shape a better world with much less hunger, disease, illiteracy, child and infant mortality and all-around suffering than would otherwise be the case. Other advanced nations have since developed similar programs, with several countries now spending significantly more on official developmental assistance than the United States, proportional to their respective gross national incomes (GNI). However, the U.S. still leads in absolute spending, with $47 billion in foreign assistance obligations worldwide in 2019, of which, USAID obligations made up 45%.

In a November 3, 2021, tweet to mark the 60th birthday of USAID, Secretary of State Antony Blinken said, “Now more than ever, as we face historic challenges in global health, climate and other critical issues, it’s vital that our diplomacy and development go hand in hand. That’s why I’m so grateful to the outstanding public servants at USAID…” Ultimately, USAID’s foreign assistance transforms nations, improving the lives of millions of people while contributing to the U.N.’s 17 Sustainable Development Goals (SDGs) and reducing global poverty.