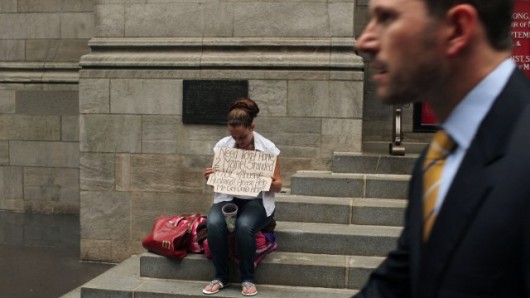 According to a study conducted by Bertelsmann Stiftung, a German foundation that researches and advocates social responsibility, the United States is ranked among the countries least likely to complete the Sustainable Development Goals or SDGs aimed at ending poverty and combating climate change by 2030.

UN Secretary-General Ban Ki-moon says the goals will replace the Millennium Development Goals in January 2016 and are based on six elements: dignity, people, prosperity, our planet, justice and partnership.

“The MDGs were about resource transfer from rich countries. The SDGs are universal—they’re supposed to apply to all countries and try to overcome the ‘West lecturing the rest’ dynamic,” said Sarah Hearn, associate director and senior fellow at New York University’s Center on International Cooperation.

While the U.S. struggles to meet SDGs, Sweden, Norway, Denmark and Finland have the best chances of completing the goals. The countries with the lowest rankings are the U.S., Greece, Chile, Hungary, Turkey and Mexico.

Even though the U.S. has a high GDP, clean air and abundant housing, the country struggles with income inequality, over-consumption and environmental protection.

“We in the rich nations, with our growing social inequality and wasteful use of resources, can no longer present ourselves as the world’s teachers,” said Aart de Geus, Bertelsmann Stiftung chairman. “Rather, the analysis shows us where we, too, have to do our homework.”

During his visit to the U.S., Pope Francis addressed Congress and the U.N. Council, discussing the urgency of eradicating world poverty and climate change and how a solution cannot wait for future generations.

President Barack Obama, whose plans for a climate change bill were denied by Congress early in his presidency, agrees with the pope and his efforts to make the U.S. more involved.

“Holy Father, you remind us that we have a sacred obligation to protect our planet — God’s magnificent gift to us. We support your call to all world leaders to support the communities most vulnerable to a changing climate and to come together to preserve our precious world for future generations,” said President Obama.