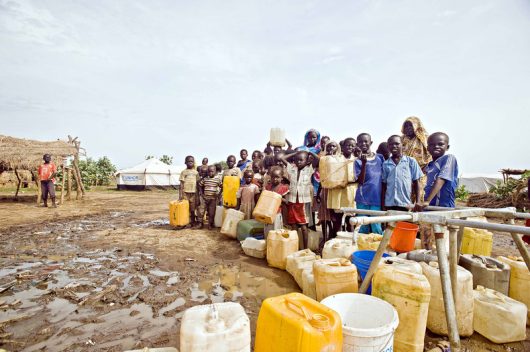 Since South Sudan became independent in 2011, they have been facing a humanitarian crisis. This is partly due to displacement from conflicts and refugees from the north pouring in, depleting any resources South Sudan had to support that many people. Poverty, lingering effects from the conflict with Sudan and continued tension with Sudan make South Sudan aid, both in food and non-food aid, vital.

Throughout the crisis in South Sudan, the total USAID and state emergency funding in FY 2017 is a total of $728,685,903. The United States is the largest humanitarian donor to South Sudan. That funding may no longer exist as Mark Green, administrator for the U.S. agency of international development, threatened to cut USAID to South Sudan due to the chaos that is currently taking place there.

Green is considering ending South Sudan aid due to human rights violations and violence that are occurring in the country. In Green’s opinion, South Sudan has become too dangerous for humanitarian workers to bring aid to the country.

Green is also considering the removal of aid because he believes that this growing crisis, with six million people facing life-threatening hunger, is man-made and something that the president of South Sudan, Salva Kirr, can solve.

UNICEF said that there are more than 1 million children in South Sudan who are malnourished and are likely to die without intervention. American food donations to South Sudan are said to reach 1.8 million people each month, saving many lives, and if the United States cuts funding, those 1.8 million people will no longer receive that food. It is nearly impossible to match the money that the United States has been giving to South Sudan, so if they do cut the funding, it is highly unlikely that South Sudan will find anyone else to fund them in their place.

In the meantime, there are still many ways that individual American citizens can help the people of South Sudan. UNICEF is accepting monetary donations towards relief efforts. The International Rescue Committee has a strategy action plan for South Sudan through 2020 that aims to create economic wellbeing, safety and health improvements in the country. The UNHR is collecting monetary donations for the people of South Sudan as well.

If South Sudan aid really does get cut, it will make these organizations and any others looking to help with the humanitarian crisis more important than ever.