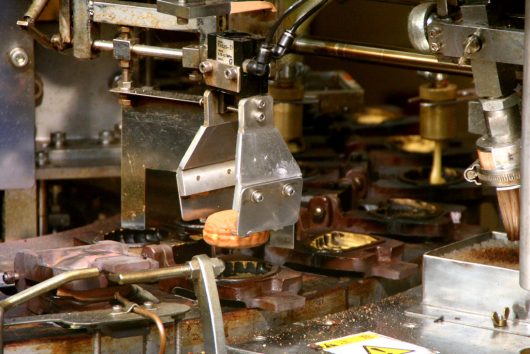 The world is on the cusp of another industrial revolution. This time, it is information technology that is dramatically altering the fundamentals of the global economy, displacing millions of workers in the process.

While technological disruptions have already taken a significant toll on developed countries—causing what Erik Brynjolfsson and Andrew McAfee dub the “Great Decoupling” of wages from productivity—the effects of automation on developing countries are only beginning to be felt.

But in the future, continued technological advancement is expected to undercut even the lowest-cost labor in developing countries.

Last year, the World Bank estimated that roughly two-thirds of all the jobs in the developing world are due to succumb to automation.

Instead, the coming technological revolution is likely to produce a reverse-outsourcing effect on developing countries. The countries with the best-educated and most competitive STEM workers will be the ones attracting the businesses that are going to design and develop the technologies that put everyone else out of work.

While this platform may offer a short-term solution to the coming wave of unemployment, it will likely bankrupt governments and ultimately fail to uphold a long-term consumer-based economy.

In the developing world, specifically, universal basic income will explode budgetary deficits, which are in many cases already inflated from subsidizing industrial production and exportation.

Regardless of how cheap and efficient technology renders supply chains, without an employed and enriched populace, efficiently produced goods will find no new markets.

The only long-term means to mitigating the effects of automation on developing countries will be investing in human capital and educating high-skilled workers. Only when most workers are responsible for driving the driverless economy will the economy work for most workers.