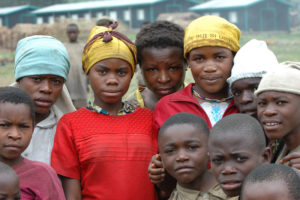 People generally consider non-communicable diseases “urban” diseases due to the fact that they usually occur among older people who live in generally more developed and urban areas. According to the World Health Organization (WHO) in 2019, NCDs accounted for seven of the top 10 causes of death in the world. This study by WHO, which analyzed data from 2000 to 2019, observed a rise in deaths from cardiovascular diseases, diabetes and other NCDs. The study also showed that heart disease is killing more people over the years, with almost 9 million deaths from heart disease in 2019. Deaths as a result of diabetes have also increased by 70%.

In general, many consider NCDs to be more frequent in urban settings and often overlook them in refugee camps where the primary concern is communicable diseases arising from poor hygiene or diet. However, refugee camps such as the Mahama refugee camp in Rwanda are seeing a sharp increase in NCDs and are struggling to deal with this rising challenge.

The Case of Mahama Refugee Camp in Rwanda

The Mahama refugee camp in Rwanda is experiencing a sharp rise in cases of NCDs among refugees, as The Guardian reported that more than 1,200 people have been registered with NCDs by the camp’s health centers. The medical team continues to see new cases each month as well. The camp, which the UNHCR estimated houses around 47,700 refugees as of 2021, is facing increasing difficulties with this sudden onslaught of urban diseases.

In an interview with The Guardian, Dieudonne Yiweza, a senior regional public health officer for the UNHCR said that “Before, we could see (NCDs) were affecting older adults and elderly people. Now, they are affecting children and young people.” Yiweza also reported that patients between the ages of 10 or 15 were having strokes. Due to refugee camps already being low in supplies, professionals often overlook such cases until they cause serious disabilities. The limited resources, as Yiweza said, mean that health centers at the camp do not have the training to deal with such cases.

According to The Guardian’s profile on the camp, one of the reasons for this rise in urban diseases is simply the limited housing and bad diet at the camps. One community health supervisor, Liliose Mukankuranga, told The Guardian that “These people don’t have anything. They are sick but there’s no support and they have nothing to eat.” Poor diet combined with the living conditions of displaced individuals can all greatly increase the probability of contracting NCDs. Moreover, due to the unexpected nature of NCDs developing in refugee camps where the primary concern has always been communicable diseases, medical facilities are either underprepared or simply unaware.

One medical doctor at the Mahama camp told The Guardian, “When people develop complications, they cannot afford care on their own. The interventions are very expensive. We need to be here raising awareness, starting treatment early to prevent complications.” The fact that many refugee camps do not receive enough funding and only have what they need to deal with communicable diseases means that medical professionals often overlook any presence of NCDs.

Some headway is occurring, as the UNHCR introduced Community Based Health Insurance (CBHI) for urban refugees in 2019. The program aims to provide financial support for refugees to get access to health care facilities. Rwanda has also had prior success with HPV vaccination programs in 2011, as well as being on track to becoming the first country in the world to wipe out cervical cancer with a successful elimination program. Implementing similar policies to address other urban diseases could potentially help millions of refugees living in Rwanda.