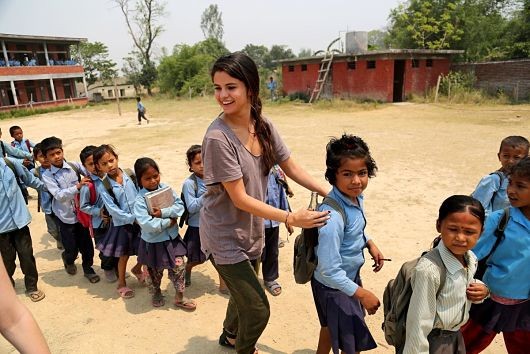 What do Selena Gomez, Sarah Jessica Parker and David Beckham have in common? They are all Celebrity Goodwill Ambassadors for UNICEF.

UNICEF has celebrity ambassadors and supporters in countries around the globe. The ambassadors help to raise awareness of global children’s needs, advocate to world leaders for children’s rights and set an example as globally aware citizens. There are three types of Goodwill Ambassadors and Advocates: international, regional and national. These advocates raise awareness internationally, regionally or nationally, with respect to their position.

The Celebrity Goodwill Ambassador program began in 1954 with its first ambassador, the famous entertainer on the screen and on Broadway, Danny Kaye. Following Kaye were other notable performers, actors, singers, athletes and celebrities. One such actor was Audrey Hepburn, who became a Goodwill Ambassador in 1989. In her time as an ambassador, Hepburn traveled to Turkey, Venezuela, Sudan and many other places, advocating for the rights of children.

Currently, there are over 20 international ambassadors, some of which include:

-Katy Perry: She was appointed to Goodwill Ambassador in 2013. Prior to this appointment, Perry had already visited Madagascar with UNICEF, and UNICEF used her song “Roar” in a public service announcement to help inspire girls.

-Liam Neeson: He became a Goodwilll Ambassador in 2011. Famous for his acting on Broadway and in feature films, such as Taken, which discusses trafficking in children and sexual exploitation, Neeson uses his fame to raise awareness of UNICEF’s causes, such as HIV and AIDS programs in Africa.

-David Beckham: Famous for his soccer skills on Manchester United, he used his interest in sports when he became a UNICEF Goodwill Ambassador in 2005, focusing on UNICEF’s Sports Development program. Since then, he traveled with UNICEF to places including Sierra Leone and the Philippines. In 2015, he started 7:The David Beckham UNICEF Fund, which furthers UNICEF’s mission to protect children’s rights.

These celebrities are making a lasting change in the fight for children’s rights and programs dealing with the results of poverty. With new advocates and ambassadors every year, it seems UNICEF will be able to positively change the lives of children for another 62 years and counting.