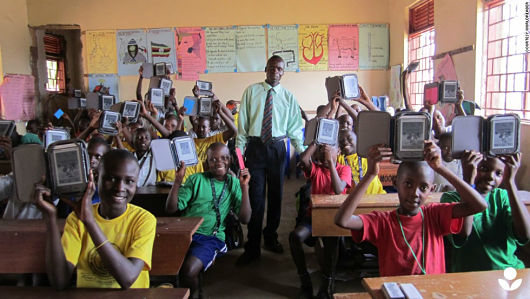 New data from the UNESCO Institute for Statistics states that global literacy rates for youths and adults have been on the rise. Sixty percent of all countries that provided data in 2012 reported overall literacy rates of 95% or higher.

Still, there is a great need for a solution in this regard. The report also said that “An estimated 250 million children around the world cannot read, write, or demonstrate basic arithmetic skills. Many of these children are in developing countries without regular access to quality schools or teachers.”

These statistics ultimately became a project for a nonprofit called XPrize. XPrize runs competitions that aim to produce technology to benefit humankind. An ongoing competition that began in 2014 requires that teams develop an open source software that enables children in developing countries to teach themselves basic reading, writing and arithmetic.

XPrize launched a 6-month registration period and all teams have 18 months to develop their own solution. Currently, there are 198 registered teams. The top five finalists with the best results will receive one million dollars. The ultimate grand prizewinner will receive 10 million dollars as the top performing team solution.

Click here for more information on how to get involved and remain updated on the progress of the competition.

XPrize believes that children are a solution to global poverty, and that many of the world’s greatest minds are untapped due to a lack of basic education. “By enabling a child to learn how to learn, that child has opportunity–to live a healthy and productive life, to provide for their family and their community, as well as to contribute toward a peaceful, prosperous and abundant world.”

For the competition’s promotional video, several children  were asked what their ultimate life goals were. So many of those goals have seemed unrealistic due to their location and state of living. However, with support from XPrize, those dreams can become a reality.