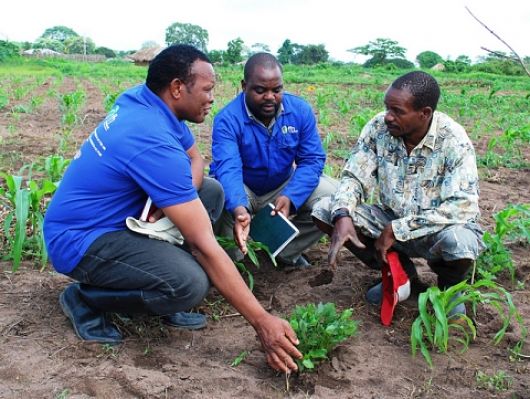 In order to help improve access opportunities between smallholder farmers and private sector distributors in Mozambique, the United States Agency For International Development (USAID) initiated four public-private partnerships amounting to $30 million in 2014. On June 3, USAID signed four memorandums of understanding to further propel the partnerships into action. The memorandums were signed in the presence of Deputy Minister of Agriculture Luisa Meque, and U.S. Ambassador Douglas Griffiths.

USAID launched the partnerships as a part of Feed the Future Partnering for Innovation, a program that creates partnerships for development between USAID missions and the private sector. The partnerships in Mozambique are predicted to increase opportunities for 50,000 smallholder farmers in the provinces of Manica, Nampula, Tete and Zambezia.

The project has partnered the U.S.’s National Cooperative Business Association CLUSA International with farmer-owned company IKURU and start-up seed-provider Phoenix Seeds to facilitate better distribution of services and inputs. Various representatives from IKURU and Phoenix Seeds will also be trained to better serve small communities. This partnership is expected to assist 10,000 smallholder farmers within three years.

These partnerships are part of a larger 10-year strategic agricultural development plan developed by USAID with the Mozambican government. According to USAID, Mozambique’s agricultural sector provides employment for the vast majority of the nation’s labor force and has the potential to boost the country’s economic growth significantly. Additionally, USAID in Mozambique focuses on agricultural development in order to create sustainable systems, which can ultimately decrease malnutrition and poverty rates throughout the country.