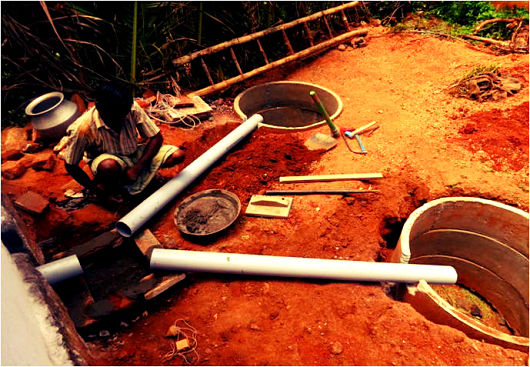 Build toilets, not temples. This is the message from India’s Prime Minister, Narendra Modi, reflecting on India’s sanitation solutions.

A Need for Solutions to Poor Sanitation

The goal is to end defecation in public places by 2019. About 130 million households do not have toilets – 53 percent of India’s population. The number jumps to 70 percent when villages are singled out, where most people simply relieve themselves in fields, on the side of roads or behind bushes.

The issues that come with this are massive. Health is impacted in numerous ways. The spread of disease is pervasive when open defecation is common: “because India’s population is huge, growing rapidly and densely settled, it is impossible even in rural areas to keep human feces from crops, wells, food and children’s hands. Ingested bacteria and worms spread diseases, especially of the intestine.”

Poor sanitation is the reason for 80 percent of illnesses in India, as well as the leading cause of death for children under 5-years-old. Malnutrition is also a huge problem, despite some children’s diets improving and others getting more than enough to eat. When bacteria gets into children’s intestines, it causes something called enteropathy, which prevents bodies from absorbing nutrients and calories. Because of this, half of India’s children are still considered malnourished.

Hundreds upon hundreds die each year from diseases related to poor sanitation, but politicians have been slow to face up to the problem, and locals have been known to actually prefer “going” in a field instead of a government-built toilet. Culture comes into play here: in the Hindu tradition, it is sometimes encouraged to relieve oneself far away from the home to preserve its purity.

There is a safety aspect to the issue, as well as the issue that people have to leave their homes at night to relieve themselves. There have been instances of young women being raped and murdered while venturing out to take care of business.

Innovative Aid at the Heart of India’s Sanitation Solutions

What is being done to help solve India’s waste problems? The government’s toilet building campaign is a good start, despite the usage issues that they face. Convincing the public to forget old ways is never easy. Even more worrisome is the fact that while many toilets have been built – around 77 percent of households under the poverty line have toilets – countless numbers of them are out of order.

While toilets are certainly needed, safe water is also key. The Bill and Melinda Gates Foundation is investing in a machine called the Omni Processor which is capable of turning sewage into drinking water while powering itself independently.

Bill Gates even tried out the water it produces. One machine can produce enough clean water for 100,000 people. Construction is already underway for a machine in Senegal, and Gates says that there is one in India’s near future as well.

A simple Google search provides a multitude of water-filtering devices similar to searching for solar-powered flashlights. However, the problem runs deeper than simply purifying water in India. There simply is not enough of it. The country is home to 16 percent of the world’s population, but it only has four percent of the world’s freshwater. The groundwater for many of India’s major cities is quickly disappearing, with levels so low in places like Mumbai and Delhi that they could be depleted entirely within a few years. Machines like the Omni Processor could be the answer to this water depletion catastrophe.