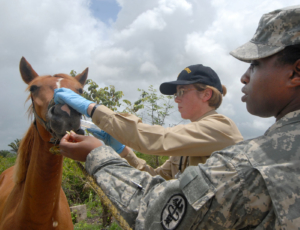 A collaboration between the U.S. military and Belize will extend supplies and human capital to the country in a program called New Horizons 2013. The exercise will show the military’s capacity for nation-building efforts in construction as well as health care, with supplies slated to arrive in Belize this spring.

The program will run for 90 days and will include collaboration between medical personnel from both countries in providing care for the citizens of Belize. The U.S. and Belize are also working together on several construction assignments, including improving local school buildings. The military will use this exercise to aid Belize for valuable training in completing a deployment “from start to finish,” coordinator Chris Donovan said. Donovan also stated that these exercises provide experience for the military that can be used in a future “real-world humanitarian need or crisis-type situation.”

U.S. Air Force Captain Richard Hallon said that one of the most vital parts of the exercise is the training that military personnel receive from transporting the necessary supplies needed for the project. This builds personnel experience in preparing, storing, and transporting equipment and materials properly, which requires planning and collaborating with parties outside of the military and from within the participating states.

The New Horizons program is not new, having originated in the 1980s, and has since operated in Central America, South America, and the Caribbean. This year, the military will work closely with the Belize Defence Force, who will receive, store, and guard the supplies until military personnel arrive in the spring to start the exercise. The U.S. is no stranger to the Belize Defence Force, having partnered with them often throughout the last 20 years on various emergency relief exercises and scenarios.