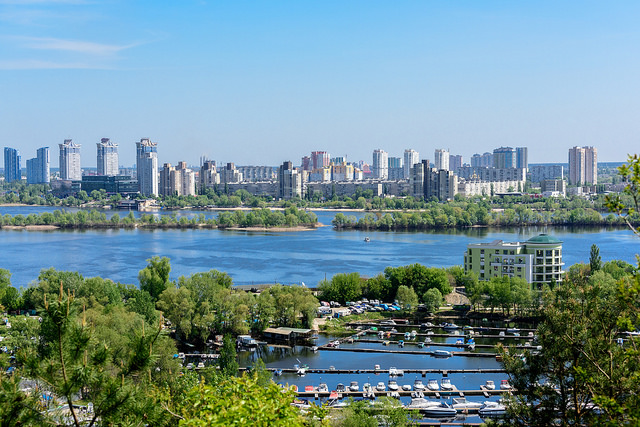 Ukraine has faced ferocious political turmoil and civilian unrest in recent years, marked by war and corruption. Currently, it is crucial for Ukraine to continue its path to democracy. Congress must recognize how the U.S. benefits from humanitarian aid to Ukraine now more than ever. In the wake of recent cuts to foreign assistance in the 2018 and 2019 budget proposal, Ukraine’s stability depends on its American partnership.

For more than two-thirds of the twentieth century, Ukraine endured the oppressiveness of the Soviet Union. In 1991, Ukraine gained its independence, but it was plagued by deep-seated political corruption. This stronghold-tainted governance in Ukraine resulted in the imprisonment of its first female prime minister Yulia Tymoshenko in 2011 and the exiling of its fourth president Viktor Yanukovich in 2014.

Not only has Ukraine suffered instability and corruption in its political arena, but dirty politics have bled through its microeconomics as well. For example, patients may have access to medical treatment, but they oftentimes must bribe doctors in order to get the treatment they really need. This deep-rooted corruption that permeates all levels of society and government in Ukraine has historically threatened foreign aid and investment.

Unfortunately, foreign interest is tightening its grip on the power of the purse. In a recent breakthrough, Ukraine’s largest foreign backers, including the International Monetary Fund (IMF) and the European Union (E.U.), announced they will not lend to Ukraine without serious progress on key reforms, including the fight against corruption. The IMF is comprised of 189 countries working to promote sustainable economic growth, trade and global poverty reduction.

The upside is that corruption levels have actually begun to decrease. In recent years, Ukraine has taken long-term steps to fight against corruption, including implementing anti-corruption agencies in the judiciary, public procurement and state-owned enterprises. These are some incentives that Congress can rely on when weighing in on how the U.S. benefits from foreign aid to Ukraine.

The U.S. has been the world’s only superpower since the fall of the Soviet Union. America as a superpower holds great influence, characterized by its far-reaching ability to exert influence on a global scale. So what are the U.S. benefits from foreign aid to Ukraine?

The U.S. has much to gain from coordinating with donors to Ukraine. Undeniably, foreign aid has been historically used in policymaking as a means to gain international leverage. Assisting Ukraine with humanitarian and foreign aid helps promote U.S. policy objectives. Ukraine is situated between Russia and the NATO-affiliated European countries, a geostrategic location for both the U.S. and the E.U.

Lastly, the U.S. benefits from foreign aid to Ukraine by assisting Ukrainians who suffer from the War in Donbass. In March of 2014, Russia responded to Ukraine’s distressed political state by invading and annexing Crimea, an Eastern Ukrainian territory, which has caused war and hurt Ukraine’s economic growth. This has created political, economic and social conflict, and is a direct result of the War in Donbas, home to Ukraine’s major mining industry.

The Trump administration recently approved a sale of lethal weapons to Ukraine. Political analysts believe that the public will see the sales as a principled signal that the United States will support its allies. This type of political leverage is a clear way the U.S. can benefit from its support to Ukraine. The move was made in light of ongoing requests by Ukrainian advocates as a result of the War in Donbass and supported by the fact that Ukraine was not the aggressor.

The U.N. Office for the Coordination of Humanitarian Aid in Ukraine (OCHA) has calculated that nearly 4.4 million Ukrainians are affected by the conflict in Donbas and 3.4 million are in need of humanitarian aid and protection. Now, more than ever, Ukraine needs humanitarian aid.

Because funding for humanitarian aid has been cut in 2018 and is projected to be cut again in 2019, the World Food Bank can only assist those affected by the War in Donbass. Yet, the rest of Ukraine suffers, as 23 percent of households will go without adequate food. Despite this, people in Eastern Ukraine are suffering the most from displacement, lack of medical care and food and subjectivity to war.

As the world’s only superpower since the dissolution of the Soviet Union, which left Ukraine in disarray, the U.S. benefits from foreign aid to Ukraine because it will help build confidence in the people suffering in Ukraine and promote the democracy Ukraine has struggled to achieve. When democracy is encouraged in the world, it is always an interest of the U.S.

The Waterless Bath: A Solution to Sanitation-Related Illnesses Global Citizen: Success Stories of the Global Poverty Project
Scroll to top