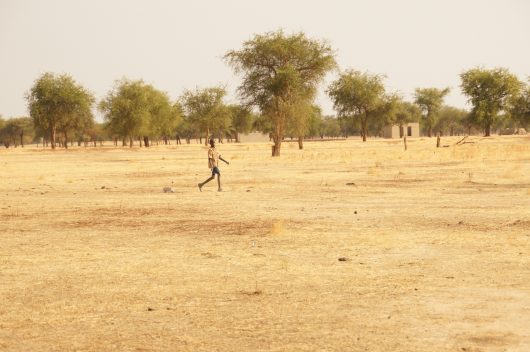 South Sudan, declared the newest African country after receiving independence from Sudan in 2011, has been torn apart by civil war and its citizens are in need of foreign assistance now more than ever. Following the secession from Sudan, violent political uprisings in the capital of South Sudan, Juba, ignited civil war in December of 2013.

A Country Devastated by Conflict

The people of South Sudan are experiencing famine and a huge economic shift due to the cessation of oil exports, a lasting side effect of cutting ties with Sudan. Last year marked the country’s fourth year in civil war, and since then about two million people have been internally displaced and another two million sought refuge in other countries. Approximately 5.3 million people faced severe food insecurity in January of 2018, a 40 percent increase from last year.

The 2013 dispute was a result of tension between President Salva Kiir and ex-vice president, Riek Machar. President Kiir and Machar are part of two of South Sudan’s largest ethnic groups, the Dinka and the Nuer, respectively. The rivalry between the two ethnic groups runs deep; in 2013, Dinka members of the presidential guard attempted to disarm the Nuer members.

This resulted in an eruption of violence across the country, with many Nuers rebelling and seizing oil-producing land and other territory. There were more violent outbursts in July of 2016 and Machar went into exile thereafter. The political unrest has also spurred looting, civilian attacks, rape and torture, among other abuses.

How the U.S. Benefits from Foreign Aid to South Sudan

In addition to moral reasons, there are economic ways in which the U.S. benefits from foreign aid to South Sudan. Studies have shown that the U.S. is one of the highest donors to South Sudan, donating $887.5 million in 2017, although the country only gives about one percent of its budget toward foreign aid.

Another way in which the U.S. benefits from foreign aid to South Sudan is through security. Cutting aid may put the security of the United States at risk as well as jeopardize valuable relationships. Vulnerable states may easily fall under the control of people who do not operate within the best interest of the U.S. Foreign assistance can ward off potential threats. In the case of South Sudan, the country has plentiful oil reserves, which are also of value.

Good relationships with vulnerable states also provide trade opportunity, which may include job opportunities. In 2016, exported goods to South Sudan totaled to about $55 million and imports around $15 million. According to the Office of the United States Trade Representative, U.S. exports of goods to Sudan sustained about 400 jobs in 2015.

USAID has been working diligently to alleviate hunger and displacement, provide safe drinking water and begin other initiatives in South Sudan. Its Office of Food for Peace and its partner organizations have responded particularly through food and water intervention, providing assistance to about 1.4 million people per month, as 56 percent of the country’s population faced unrelenting hunger in 2017.

With organizations like USAID and donations from others, innocent civilians caught in violent political crossfire can start to rebuild their lives. By continuing to work toward a peaceful ending to this turmoil, the U.S. benefits from foreign aid to Sudan greatly.

Best Practices for Eradicating and Addressing Poverty in KenyaEndless Possibilities: Foreign Aid and Credit Access in Djibouti
Scroll to top