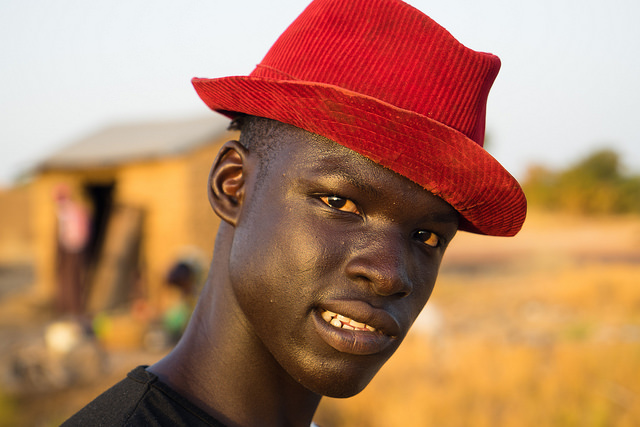 A landlocked country in West Africa, Mali gained its independence from France in 1960. It is the eighth-largest country in Africa and its population currently consists of 18 million people. As one of the world’s younger nations, Mali still faces many challenges, from the effects of heavy rainfalls and floods to human rights violations such as terrorism and trafficking. In order to overcome these challenges, Mali needs foreign aid. However, there are many ways that the U.S. benefits from foreign aid to Mali.

Since its inception as an independent country, Mali has maintained diplomatic relations with the U.S. Over the years, the foreign aid Mali received from the U.S. has helped it to foster democracy and reduce poverty in the country. For instance, conflict in the country since 2012 has resulted in displacement, and food insecurity still remains an issue in Mali. Due to the foreign aid it received through USAID, Mali has been able to improve the availability of food and basic services, which led to the return of 60,200 displaced people to their areas of origin. Additionally, aid through USAID/OFDA helps improve access to emergency healthcare, protection services, safe drinking water and sanitation infrastructure in Mali.

Similarly, the U.S. benefits from foreign aid to Mali since it is committed to the eradication of extremism. Extremism negatively impacts every nation including the U.S., and the focus on Mali is crucial, as it has been called the deadliest country for U.N. peacekeepers. Extremist groups have carried out violent attacks in the country, and most of the recruits associated with such groups explained that their actions were not affected by their religious beliefs. In fact, they expressed the anger they felt due to the longstanding neglect of their communities, which led them to seek a sense of community in extremist groups. In order to eradicate extremism, the USAID has taken some key steps.

Utilizing locally-informed assessment and analysis, USAID has focused on “youth empowerment, social and economic inclusion, media and messaging, improving local governance, reconciliation and conflict mitigation.” The USAID tailors its activities to meet specific threat levels, the political environment and other material needs of each community, especially focusing on groups that need more assistance, such as at-risk young men. Armed bandits and extremists still occupy northern Mali, which accounts for nearly two-thirds of the country. Poor governance and extreme poverty contribute to the rise of extremist groups, which is why many of the USAID activities focus on improving these areas.

For instance, in order to stop the spread of extremism and foster development, USAID and Mali have jointly taken a different approach than previous ones that concentrated more on individual projects. USAID and Mali will target the country’s institutional weaknesses while contributing to ending extreme poverty, and the projected $600 million in investments for fiscal years 2016-2010 will focus on four key objectives:

Human trafficking is another serious issue in the country. The U.S. benefits from foreign aid to Mali because it is committed to fighting human trafficking globally, and Mali is a source, transit and destination country for women, men and children subjected to forced sex and labor trafficking. The government of Mali does not fully comply with the minimum standards for the elimination of human trafficking. Hence, the aid it receives from the U.S. makes a considerable difference. For example, foreign aid from the U.S. through the Office to Monitor and Combat Trafficking in Persons provides not only crucial training and technical assistance, but also child protection compact partnerships, emergency victim assistance and research projects that focus on innovative ways to combat human trafficking.

In short, the U.S. benefits from foreign aid to Mali because the latter is facing some dangerous challenges that the U.S. has committed to eradicating. By working together with Mali, the U.S. could help put an end to the violence that is caused by extremism and human trafficking.