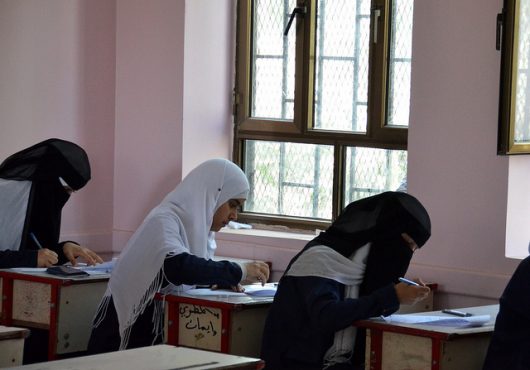 From the civil war that lasted around 20 years, to the Israeli war in 2006 and the outbreak of the Syrian crisis in March 2011, Lebanon has been in a state of instability and conflict for many years. The nation has struggled to overcome the seemingly endless obstacles that prohibit the country from reform and development. Luckily, though, USAID and foreign aid in general have been a great source of support in assisting its citizens with greater accessibility to clean drinking water, increased access to primary healthcare centers and medical treatment and improving education, poverty and vaccination rates among children.

Is Foreign Aid Detrimental to the U.S.?

Answering how the U.S. benefits from foreign aid to Lebanon has been a subject of debate for many years, particularly among U.S. citizens who believe that their government is continuously providing monetary assistance to developing countries in huge amounts, far more than what is actually needed.

Most U.S. citizens estimate that around 25 percent of the federal government’s budget is spent on foreign aid; however, in reality, foreign aid accounts for less than 1 percent of the total budget. Since the perceived amount donated to help third world countries is highly inflated in the public’s eyes, it is expected that approximately 59 percent of Americans want to reduce foreign aid with the hope that the money will instead be invested in their own country.

Yet, what the public neglects is that the funds allocated to underserved nations is not just an act of compassion, but rather the establishment of a mutually beneficial relationship between both parties — the U.S. benefits from foreign aid to Lebanon through improved security, increased stability and economic prosperity.

What are the U.S. benefits from foreign aid to Lebanon?

By contributing to the country’s development process through the investments in projects and programs aimed at educating people and providing citizens with necessary resources, the U.S. benefits from foreign aid to Lebanon through the establishment of a new trade relationship with the recipient country. This camaraderie will, in turn, increase its margin of profit.

In 2015, Lebanon imported goods from the U.S with a total value of $1.22 billion, as the U.S. ranked the country’s third top importer of goods. Such huge financial transactions have surely benefited both the donor (economic prosperity) and recipient (strong quality of goods).

Moreover, the U.S. donation of $419 million to aid Syrian refugees in Lebanon will not only help the Lebanese population in overcoming the economic and social burden imposed on their nation, but it will also reduce the influx of refugees to the U.S which can create an even greater burden if left uncontrolled.

USAID has succeeded in initiating the start of democratic and resilient Lebanese societies by coordinating with local partners to enhance transparency and accountability of governments, as well as supporting elevated participation rates by the civil society, youth and women. By favoring government-led reforms that intend to foster more pluralistic and fair political leadership, U.S foreign aid to Lebanon has offered the country a chance to exercise proper peaceful democratic relationships.

In response to the Syrian war crisis and its impact on Lebanon, USAID has also re-oriented existing projects in the country to integrate the refugees within the established system. Additional foreign aid to Lebanon has been provided to help host the refugees by building more schools, expanding health facilities and improving access to water.

Through foreign aid, Lebanon and the U.S. can maintain a healthy and mutually beneficial relationship that works to improve citizens’ lives from both nations.