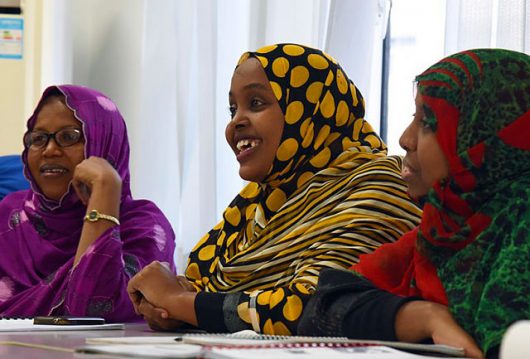 A tiny, desert-like East African nation, Djibouti is more synonymous with counter-terrorism and the piracy concerns of its southern neighbor than economic ties to the U.S. However, substantial U.S. foreign aid is indirectly creating opportunities for U.S. exporters. Additionally, the U.S. benefits from foreign aid to Djibouti by securing efficient and reliable trade routes to other nearby African countries such as Ethiopia, in which the U.S. has key commercial interests.

Home to roughly 875,000 people, as well as a significant U.S., German, Japanese, French and most recently Chinese military presence, Djibouti has a decidedly disproportionate amount of foreign military within its borders. The U.S. pays $60 million each year to Djibouti for the rights to maintain its only permanent sub-Saharan military base.

But, U.S. foreign aid coming into the country is equally important in Djibouti for the majority of citizens looking for work. Although U.S. investment in the country pales in contrast to that of new entrants into the region such as China, the actual workforce of Djibouti is benefiting from the more nuanced and domestically-oriented U.S. foreign aid.

New ventures in the construction of ports, pipelines, international airports and railways have somewhat failed to raise the standard of living and stimulate employment. Accounting for 70 percent of GDP, the new port projects have only added a few thousand jobs. According to the U.N., despite recent Chinese soft loans toward these various infrastructure projects, the unemployment rate in Djibouti still stands at 60 percent.

This high level of unemployment is partly due to a lack of qualified candidates in many sectors of the economy. Workers looking for jobs simply do not have the necessary skills required to fill many of the possible vacancies.

Through the Workforce Development Project (WDP), the United States Agency for International Development and Djibouti are working together to reduce unemployment and create a more modern labor force. Investments of nearly $25 million over five years (2016-2021) are aimed at increasing competitiveness by tailoring the workforce to the needs of a modern economy.

The WDP emphasizes creating stronger connections between worker training programs and employers. Specifically, through more meaningful ties between vocational education centers and businesses, the future workforce will be better suited for the demands of firms and will likely have greater hiring potential.

Although not as flashy as the new Doraleh Port or the new electrified railroad connecting Djibouti City and Ethiopia’s capital, Addis Ababa, the WDP will create thousands of new consumers to U.S. exports. This is especially promising since the soaring unemployment rate allows for ample economic improvements should this transformation of the workforce take place. USAID, centered on workforce assimilation, is therefore fostering job growth that will be more sustainable than temporary employment based on glitzy infrastructure projects.

Another way in which the U.S. benefits from foreign aid to Djibouti is by promoting ongoing access to the substantial trade flows emanating from regional neighbors. A prime example of this is Ethiopia. Much of Ethiopia’s exports—including coffee, vegetables and cosmetics—are routed through Djibouti on their way to the U.S. Meanwhile, as of 2016, 90 percent of all Ethiopian imports were brought via ports in Djibouti.

U.S. foreign aid indirectly contributes to these regional trade routes of East Africa by creating a more prosperous and modernized workforce in Djibouti. A thriving, educated and healthy Djibouti society will undoubtedly increase the opportunities for cross-border trade.

One byproduct of this increasingly interconnected region around Djibouti would be more timely and reliable shipment of goods and lower associated transportation costs. As in Ethiopia, the U.S. benefits from foreign aid to Djibouti are amplified when stability across the wider East African region is maintained.

On this last issue, there is little doubt that the military presence plays a prominent role. However, U.S. programs aiming to reduce unemployment such as the WDP, by indirectly promoting a more sustainable domestic environment in Djibouti, also contribute to regional stability. Garnering less attention than the massive infrastructure spending, transforming the country one worker at a time will lead to continued U.S. benefits from foreign aid to Djibouti