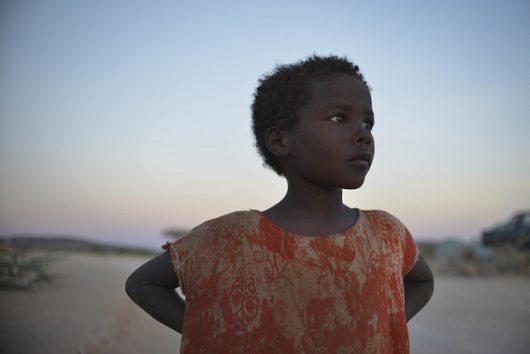 Any country can benefit from having greater credit, deposit, payment, insurance, and other services at its people’s disposal. This is why in recent times there has been a larger focus on financial assistance and infrastructure development in developing nations. Credit access in Djibouti has hence become a prime focus for its allies and has the potential to change the economic landscape of the nation when executed properly.

Credit access has the potential to increase consumers’ access to a variety of services, such as healthcare and government spending, and can improve their general standard of living. When bank accounts are readily available to everyone, financial assets can be better monitored and people who are less informed can make more informed decisions about their investments with the help of bankers. This can also facilitate an easier cash outflow, leading to consumers increasing their spending and positively influencing the gross domestic product of Djibouti. Since Djibouti’s infrastructure is still not optimal, international financial assistance is required to help provide capital for credit access plans while also combating economic issues that the nation does not necessarily have funds for.

In May 2014, the World Bank announced its support for Djibouti through a $5.6 million investment to support the government’s Second Urban Poverty Reduction Project. This credit line has been brought in to help the country provide more urban services to poor rural neighborhoods in Djibouti. This is an example of an investment earmarked to improve the nation’s basic infrastructure so as to make it more self-sufficient in improving financial access in the future. The project also aims to involve the people in incorporating new changes while also allowing for more employment opportunities and awareness about financial services among the locals.

The World Bank has seven more projects planned in Djibouti through the International Development Association. These interventions will have a value of close to $57 million and will be further supported by trust funds worth almost $11 million. All these projects are meant to address rural community development, social security, clean energy, poverty reduction, health and education by creating more credit lines for the government, ensuring that there is both financial security for the funds Djibouti receives as well as an increase in the standard of living for its people.

Thanks to the reforms, credit access in Djibouti has also increased the ease of banking. In recent times, Djibouti’s banking sector generates 10 percent of the nation’s GDP and has attracted several foreign banks to the country. Previously, there were only two banks in Djibouti, Banque pour le Commerce et l’Industrie and the Bank of Africa. This made it harder for people to negotiate loans or reap the benefit of choice by considering the interest rates offered by multiple banks. Now with an influx of banking services, people are able to make deposits at multiple locations, secure loans from other banks even if their first application gets rejected, and make smarter investments in Djibouti and abroad. The number of deposits made by people increased from $1.088 billion to $1.1 billion in 2013, showing a 7.7 percent improvement. This sets up people to use more than one means of payment, enabling them to afford many more services. The positive changes in the banking sector have led to a total increase in domestic credit by 2.1 percent in 2013.

As Djibouti’s economy grows, a brighter future for its people becomes more apparent. Credit access in Djibouti has the potential to open up new doors for aspiring businessmen and those willing to expand their services, which will ensure that people have more choice and a better standard of living. International Monetary Fund loans and existing funding from the World Bank and other allies of the nation can help Djibouti improve the existing financial infrastructure and complement the benefits of greater credit access. With funds flowing in from so many channels and the government making more conscious efforts to break out of the credit slump, there is hope for the future.