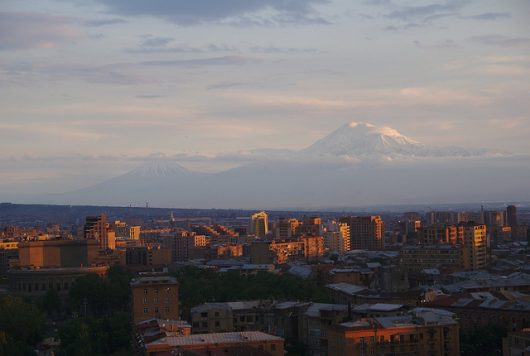 Ever since Armenia gained independence from the Soviet Union in 1991, it has shared a mutually beneficial relationship with the U.S. As a country attempting to recover from widespread poverty and corruption, the benefits Armenia receives from organizations like the United States Agency for International Development (USAID) are clear. Yet, the U.S. benefits from foreign aid to Armenia are significant in their own right.

Some of these benefits include increased stability and independence so that Armenia can resist Russian pressure and have closer ties with the Euro-Atlantic community. Both politically and economically, the U.S. has much to gain from cultivating greater stability and economic growth in Armenia.

Since Armenian independence in 1991, the government has struggled to maintain a stable democracy the Armenian people can trust. Fortunately, USAID is working with both the government and citizens to build trustworthy institutions that work for the people. By creating stability in the region, the U.S. benefits directly from Armenian foreign aid by gaining a trustworthy political ally in the region that champions U.S. ideals and supports U.S. goals. These are a few ways USAID is helping to achieve this goal:

These are just a few of the ways USAID is helping Armenia achieve a sustainable government. The U.S. plans to give just over $3 million for “Democracy, Human Rights, and Governance” as well as “Peace and Security” in 2019. In return, the U.S. benefits from foreign aid to Armenia through gaining a strong ally in the region that is trustworthy and stable.

The U.S. Benefits from Foreign Aid to Armenia by Developing a Trade Partner

With greater economic stability in Armenia, the country becomes a reliable trade partner for the U.S. While GDP growth in the country has steadily been on the rise in recent years, there is still progress to be made. In 2019, more than $3 million will be allocated through USAID for the express purpose of economic development. Some of the ways USAID plans to use this money to help Armenia are:

Through these programs and others, foreign aid to Armenia is helping to develop a powerful ally that can work with the U.S. as a mutually beneficial trading partner. Programs such as these contribute to a strong trade relationship between the two countries, with the U.S.-Armenia Economic Task Force being an indicator of how well the relationship has developed.

Overall, the U.S. benefits from foreign aid to Armenia are numerous and significant. By investing in the people of this developing country, the U.S. gains a political and economic partner while helping alleviate poverty and corruption.