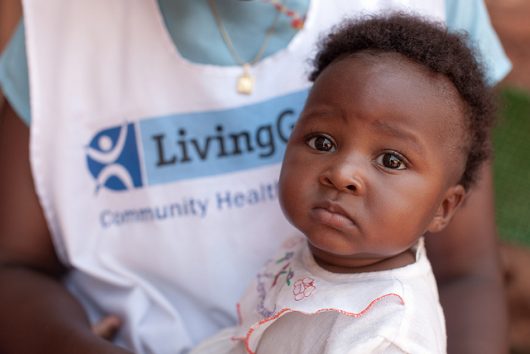 Globally, millions suffer from poverty-related health conditions as infectious diseases ravage the lives of an estimated 14 million people a year and are of the top effects of poverty. These diseases are contracted through sources like contaminated water, the absence of water and sanitation, and lack of access to proper healthcare. The list is broad and long. Here are the top diseases commonly linked to poverty.

Continuing the fight against poverty through economic expansion will help eliminate poverty-related illnesses and raise the value of health in poor communities.

There’s an old adage that says, “If a man don’t work, he don’t eat.” That’s not the case for a large number people living in poverty. Lack of economic opportunity leads to impoverishment which then leads to crime.

Global unemployment is at a high point. One hundred ninety-two million people around the world are jobless. In some parts of the world, mainly poor parts, unemployment standings will drive this number higher. In a study done on youth in the Caribbean, it was determined that joblessness fueled criminal activity in those aged 15 through 24.

Because of the struggles in the Caribbean job market, the murder rates are higher there than in any other region in the world. The crime rate affects 6.8 percent of the Caribbean population against the world average of 4.5 percent, calculating the global rate per 100,000 people.

People who live below the poverty line and don’t have access to sufficient economic opportunity, live by any dangerous means necessary.

There is a direct correlation between low academic performance and poverty. Children who are exposed to extreme levels of poverty have difficulty with cognitive development, speech, and managing stress, which leads to adverse behavior.

In the country of Niger—the most illiterate nation in the world—only 15 percent of adults have the ability to read and write. Eritrea follows on the heels of Niger: with a population of 6 million, the average person only achieves four years of school.

In these poor locations, young adults and children have to leave school to work to help provide additional income for their families. Other children don’t have access to education due to decent schools being too far for them to travel to. On the other hand, schools nearby don’t have enough materials and resources to properly educate children. The conditions of the schools are just as poor as the children’s living conditions.

Where there’s poverty, there’s lack of education, joblessness, and poor health. The key to destroying the top effects of poverty is to attack the causes. More funding is needed for programs such as Child Fund International—a program that brings resources to children in poor communities. The International Economic Development Council supports economic developers by helping them create, retain, and expand jobs in their communities. And then there are the international efforts of the World Health Organization that fights to bring vaccinations and health-related resources to impoverished communities suffering from the infectious diseases of poverty. With these efforts along with other strategies, we can continue making strides to end the effects of poverty.