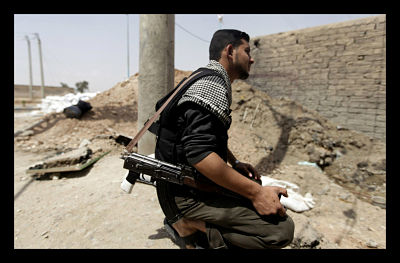 At the onset of 2011, discontented Tunisians ejected former president Zine Al Abidine Ben Ali from his ruling seat, ending his 23 year-long strict one-party rule. The revolution, the first of many throughout North Africa and the Middle East, was sparked by Mohammad Bouazizi, a 26-year-old vegetable vendor who set himself on fire in protest of high unemployment, police corruption and political repression. Nearly three years later, the demands of Tunisian revolutionaries have still not been met. The largest demand of the uprising was jobs, particularly for young graduates.

Tunisian youth unemployment is at 17 percent, but for young adults with a university degrees, it is actually 30 percent. Seeing no response from the government that they had hoped to move to action, some Tunisian youth are demonstrating a disturbing trend of radicalization. Islamist groups recruiting fighters for conflicts in regional areas from Libya to Syria, promise those who join them food and compensation for their services. Growing numbers of young Tunisians are being recruited to Jihad groups.

For now, Jihadi violence in Tunisia is minimal. Two political assassinations and 30 members of the security forces were killed this year. There is however, growing concern that hundreds of young volunteers, possibly even several thousand of them, have been recruited through a widening network of Salafist mosques and then trained to fight in Syria, with the potential to return home to cause more trouble. Since the ousting ofZine el-Abidine Ben Ali, who had forcibly secularized the country, fundamentalist Salafi groups have sprouted in almost every town. The Salafist mosques provide open spaces for inquiring youth who are lured by charismatic preachers offering a stirring mix of camaraderie and talk of holy war and self-sacrifice in the name of God. They draw thousands of young men and women to their mosques, where they recruit volunteers for missionary work in Tunisia, but also for jihad.

Recruits, many of whom drop out of high school, are organized by a network of facilitators who supply cash, cars and safe houses. The travel through Libya, where they receive military training, and then make their way to Turkey, the main entry point for rebels entering Syria. Two teenage Tunisian boys who recently tried to join the fighting in Syria were told at the Libyan border to turn around, that “the fight is in Tunisia right now, we want to create an emirate there.” The boys were instructed to blow themselves up among a group of tourists at the tomb of Habib Bourguiba, the Tunisian post-independence leader, in the town of Monastir. One did, the other was caught before he could detonate the bomb attached to his body.

The Tunisian police and military forces are working hard to dismantle the Jihad groups forming inside their borders, but they are failing to address the issue at its roots. Would Tunisian youth be enticed by talk of Islamic Holy War if they were employed, contributing members of their society? With depressingly high unemployment rates and continued political repression many young Tunisians see little hope in their future. The Jihad recruitment is an outlet which provides a means of taking some control of their lives and a sense of purpose, no matter how extreme it may be.