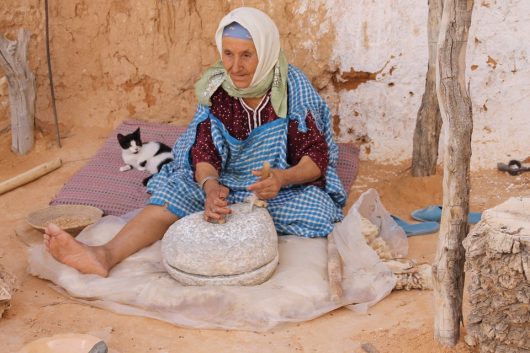 In June 2016, the International Monetary Fund’s (IMF) online magazine announced that the organization has approved a four-year, $2.9 billion loan program to help alleviate poverty in Tunisia.

This news may come as a shock to some people. The IMF gave financial assistance in the form of a Stand-By Arrangement following the 2010 Tunisian Revolution, and the North African country is considered to be one of the few successes that emerged from the Arab Spring.

While Tunisia has come a long way both politically and economically, the country is still plagued by high unemployment and a lagging private sector.

According to IMF Survey, 15 percent of Tunisia’s population and 35 percent of its youth, are unemployed, contributing greatly to poverty in Tunisia. Civil society representatives, speaking with World Bank Group President Jim Yong Kim during his visit in May, claimed that only 27 percent of the country has access to finance due to strict rules on foreign transactions.

Joblessness and lack of opportunities has produced lackluster economic growth and low government approval ratings. The World Bank reported that only twenty percent of young Tunisians in urban areas trust the government. The figure is ten percent for the countryside.

Regional disparities are also a problem; while the national unemployment rate is high, it is even higher in regions far from the coast. In southwest Tunisia, 26.1 percent of people were unemployed in 2015, according to Tunisia’s National Statistics Institute.

Where unemployment goes, poverty follows. A 2014 World Bank report revealed that the poverty rate in central Tunisia was four times higher than the national average; as high as 30 percent in certain areas.

All of these factors combine to produce a significant number of disgruntled youth that extremist groups seek to recruit.

According to a Voice of America article published on June 6, 2016, over 7,000 people in the country have become fighters for the Islamic State and other jihadist groups. The reason, cited by many, is that the government has failed to integrate a youth population that is in a process of soul-searching, following the democratic uprising of 2010 that lasted into 2011.

In order curb this terrorist threat, which has major security implications for the region and the world at large, economic development and poverty reduction are key. The new IMF program aims to do exactly that.

In an interview with IMF Survey, IMF Mission Chief for Tunisia Amine Mati stated that by injecting more money, the $2.9 billion loan would help maintain the overall stability of the country’s economy.

As civil society representatives and young Tunisian entrepreneurs have made clear, labor market, private sector and structural reforms are also needed. According to Mati, the program will also assist government efforts in creating a more dynamic economy and ensuring growth is distributed across the country.

Tunisia has great potential. Its democratic government is committed to solving the country’s problems. Foreign aid will help accelerate the progress already made in reducing poverty in Tunisia.

Female Equality: #WhatIReallyReallyWant for Women’s RightsHelping Improve Education in Zimbabwe One Bike at a Time
Scroll to top